the wanting comes in waves 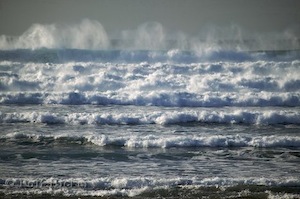 In a post a few weeks back, I was thinking about the injustice of a world in which people who are unable or unwilling to raise children continue to produce babies at an often-alarming rate, while people like me get totally fucked out of the chance to have their own children by something as evil and arbitrary as cancer.

This is not a exactly a secret.  From children literally starving to death in the far reaches of so-called third world countries, to horrifically abused and neglected kids around the corner in North Philly, there is simply no end to the number of children in the world who are wanting, or who are fighting for their lives because of the incapacity of their caregivers, or other accidents of fate.

Even before cancer, working in child welfare, I was fairly well submerged in this reality.  I guess it was a different kind of cruel and ironic twist of fate, then, when cancer struck, and I was left unable to ever have my own children.

Two years later, being unable to have a child continues to gnaw at me, but it is tempered by other things.  Like watching friends adopt, or understanding that the physical suffering of other young adults battling cancer seems to never end, whereas mine was finite.  There is great hope in the former, and great perspective to be gained from the latter.

It’s a balancing act, realizing that what I have gained from my cancer experience (it giveth) and what I have lost  (it taketh away) are inextricably linked, and also to allow myself the opportunity to mourn and rage, while at the same time be thankful for all that I still have.

Every single day, this struggle is redefined.  I just recently spent an unpleasant few hours grappling with whether or not to attend a dear friend’s baby shower this coming weekend.  First no, then yes, then no again.  I need to be there; I want to be there.  I love my friend and I am so happy for her.  But I don’t think I can handle it; I don’t want to put myself through that.

Doesn’t there come a point when I just have to push through the bad feelings and suck it up?  Will this disquiet ever resolve?  Will I ever reach a place of real peace, where it’s not acceptance one minute and rage the next?

The agitation did resolve, at least for now, when I shared my mixed feelings directly with my friend.  One thing I have learned since cancer is that there is rarely anything to be gained from withholding honest emotions.  Rather, there is everything to be gained from strengthening existing bonds of love and friendship through open communication.  So, thank heaven for the compassion and understanding of  my dear friend, who knows me as well as just about anyone.  We have been connected to each other for almost twenty years; she regularly sent me cookies during the months I was in treatment.  Now, in the aftermath of it all, as I continue to struggle to rebuild, she has shown me what a real friend is, once again.

There are, then, it seems, these microcosmic (or just cosmic) moments of clarity and connection that enable me to see past the injustice I have endured, to the moment in the future when my friend’s child and my own child will meet and embark on the next generation of friendship.  But then, in the next instant, I am looking through another file, reading the story of another child born to another drug-addicted, mentally ill mother, and I feel things start to unravel once again.

Where does it end?  Another friend, also facing the spectre of being unable to carry her own child because of cancer, has just returned from an extended stay in Peru with her physician husband, and today shared her own thoughts about being confronted with this same cruel irony.  She wrote:

In a small house, a mother  surrounded by 4 children, one who was sick with a toothache and crying, was there and said to come see “the gringo doctor”, and about 7 more kids surrounded us. Thankfully I had my sunglasses on because I just couldn’t help but cry – here these people had nothing and yet had exactly what I wanted in spades.

2 Responses to the wanting comes in waves