Today I have had the surprising experience of someone else’s good news making me feel like shit.  Are we in middle school again?  I recall, quite starkly, a “profound thought” from my high school notes of the same name, which I produced almost daily with a friend: “Jealousy is an ugly, ugly thing.”

But is it jealousy when you find yourself ruminating on your own crap luck in the genetic lottery, after learning that a member of your extended cancer family just found out that she is in the clear?  I am not quite sure what to call it, other than unexpected and disorienting.

Unexpected, because in all honesty, I have been pretty much as high as a kite on a daily basis for as long as I can remember – at least since the move into our new house a little over two months ago.  Hot on the heels of the move came FD camp in Moab; insane fun in New Orleans; 5K’s, 8K’s; running and biking and feeling fit and strong; a rocking housewarming party; visits from dear FD family.  It’s been an insane avalanche of good vibes, seemingly never-ending, to the point where cancer has almost receded into a faint background hum, from its former status as a prominent and perpetual source of anxiety and depression.

As the kids used to say, “SIKE!”  For reasons passing understanding (or not), when I read today about my friend’s good news – that she had tested negative for a genetic mutation that presumably would have predisposed her to a recurrence of her cancer, or even a new primary cancer – I was gripped with the sudden feeling that I am doomed.  She wrote, innocently enough, of feeling sad for all of the women she knows who are still waiting for the “other shoe to drop,” and my immediate reaction was, “Well, I guess that’s me.”  It’s a metaphor I recall vividly from my days immediately post-treatment.  Every time I examined myself, or saw myself in the mirror, and found anything slightly changed or out of the ordinary, I thought, “That’s it” – the other shoe dropping. 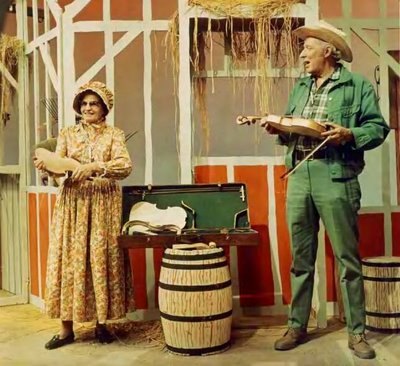 Today, my sadness and anxiety mixed almost immediately with guilt.  Why should someone else’s good news be distorted into something about me, my genes, my rotten luck?  I think an unspoken truth about life as a cancer survivor is that we are all constantly measuring ourselves – our luck, our prognoses, our side-effects both long and short term – against those of our peers, those with whom we are share membership in this baffling, beautiful, hurtful club.  A few days ago, I wrote about my guilt over being strong and healthy over two years post-diagnosis for Stage III ovarian while other women similarly diagnosed are now facing clinical trials, multiple recurrences, and wondering out loud how many more weeks or months they have left to live.  Today, I feel like I am betraying bonds of friendship and mutual trust by feeling hurt and sad when a fellow cancer warrior happily announces that her genes are in order.

I wonder how many of us have thought – at different points along our cancer journeys – “Thank god I’m not in that person’s shoes; I can’t believe how lucky I am (in the relative cancer scheme)” – or, conversely, “It’s just not fair that this person’s disease has taken one course, and mine another.  How come her uterus and ovary were saved, but not mine?  Why do I have a genetic mutation, and she doesn’t?”  Probably most of us.  But what I think we all have to come to terms with at some point is that fairness, as a concept, is utterly absent from any consideration of cancer and how it overtakes our lives.  We all learn, sooner or later, that the logical response to the age-old question “Why me?” is, “Why NOT me?”

But one unexpected turn deserves another.  As if on cue, right after falling into this microscopic rut, fate intervened to pull me up and out.  One of my clients (whose mother, ironically, died of breast cancer three and a half years ago,) a troubled teenager who is placed on the other side of the state, has been having a lot of difficulty lately, and I spoke with her this afternoon in an effort to explain the status of her case and her prospects for coming home.  When the conversation began, she sounded utterly depressed and on the verge of tears, responding only in monosyllables.  By the end, I had her laughing, there was a light in her voice, I could hear her smiling, and she agreed that she would hold up her end of the bargain so that she could return to Philadelphia for the start of the new school year.

I hung up the phone, feeling about ten feet tall, still smiling and chuckling to myself.  I have represented this young girl for four and a half years, have watched her deal with her mother’s illness and death, being separated from many of her countless siblings, battle behavioral and truancy problems, and bounce from foster home to group home to residential placement.  The circumstances of her life are such that I can’t even imagine, and there are decided limits on what I, as her lawyer, will ever be able to do to change or improve them.  But in this short talk we had today, I saw how I was able to reach out to her when she was in despair, and give her a reason to be positive and hopeful.

It’s funny; my reality hadn’t changed at all over those few hours today, just as it hadn’t changed from the moment before I read my friend’s news to the moment after; my genes are my genes.  I can’t change them.  Right now, as far as I know (how far do ANY of us know?), my body is behaving.  The vigor and energy I feel each day is real; an infernal mutation will not and cannot change that.  I like to picture the cancer cells which may be lying dormant within me as a bunch of bungling criminals who can’t quite get their act together, unable to crack the safe while the cop sirens grow louder.  Maybe, one of these days, they’ll figure it out.  In the mean time, with gratitude and a full heart, my life goes on.