no time to waste

Four years ago, during a heatwave not unlike the one we are now experiencing, I lay confined in the partially air-conditioned recesses of our rented home in Northern Liberties, hanging on to the edges of the life with which four months of cancer treatment had left me.  Reality was warped.  Between the heat and the ravages of chemo, everything was askew, half-melted.  I was skeletal, irrational, terrified, bald.

There was no way, from the depths of that despair, I could have foreseen the reality I now inhabit.  My husband and I are finally homeowners, and though we had to leave our beloved city for the quiet of the South Jersey suburbs in order to realize our dream, we now have a level of financial security that had previously eluded us.  My physical and emotional stamina are greater than at any time in my life before cancer.  And, most remarkably, we are parents.

Four years ago, during those steaming days in the city, when every step along the sidewalk or climb to our third-floor bedroom felt a Herculean task, I clutched desperately to the ghost of the child I would never bear.  It was a wound, a trauma, from which I felt certain I would never recover.  It seemed hopeless that we would ever build the family we always dreamed we would have. 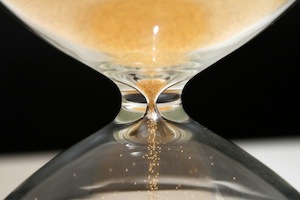 Yet here we are.  Our son has proved more beautiful, hilarious and mesmerizing than we ever could have imagined.  He has lit up our lives and our hearts with a love so enormous, it still seems unreal at times.  The happiness  – true, soul-tickling happiness – is palpable.

Life immediately preceding Earl’s arrival was joyful, but not like this.  Something profound and fundamental has changed.  I want to be able to differentiate the essence of my connections to my child from those of new parents – whether biological or adoptive – who have not had cancer.  Not because these feelings of mine are better or stronger, but because they are pushing and pulling me in ways I could never have predicted, and because they are urging me to take hold of my life in an entirely new way.

I spent many years and many thousands of dollars being trained as an attorney.  I sat for the Pennsylvania bar exam three times before passing.  This profession did not come easily to me, as it does to some.  Through school, and through much of my career in practice, I have wrestled with its strictures and tedium.  Even before my cancer diagnosis almost five years ago, I entertained thoughts of leaving my job, if not the law profession entirely.  These feelings of ambivalence are not new.

But now, I am a mother.  Now, I have been given the extraordinary and almost implausible opportunity to raise a child – one who even at less than five months of age has shown us qualities and gifts that truly astound us.  Now, the ordeal of my past illness – and the specter of a new diagnosis – bring the meaning of my choices about continuing to labor at a job that leaves me drained and largely unfilled, while paying someone else to help raise my son – into stark relief.

The light in my heart that ignited the moment we met Earl has been burning fiercely, powerfully, over these past months.  I feel an invincibility, a purpose, a conviction that far eclipses even my proudest moments in my work as an attorney.  For over ten years, I have toiled in child welfare, trying to plug the bursting dam of social and economic inequity.  It is a tide that will never be stemmed, and it has left me poured out, and often hopeless.

Every new parent understands and struggles with the insane speed at which her child grows and changes, and every new parent most likely longs to spend as much time as possible with his child.  I don’t profess to be saying anything new, as it pertains to the universal dilemma of working parents.

But four years on from my last round of chemo, cancer’s legacy continues to reverberate with an intensity, and insistence, that I simply cannot ignore.  I have already lost months, if not years, of my own life, to cancer.  I do not know when it will strike again.  I do not know if I will be given the chance to raise my child to adulthood.  What I do know is that being a mother, raising Earl, is the most deeply gratifying and meaningful work I have ever undertaken, and I want to give my child every ounce of energy, every single moment of my attention, that I possibly can.

We all grasp, on some level, life’s fragility.  We all tell ourselves, intellectually, that we know we could go in an instant, and that we ought therefore to savor every second we have.  But having dwelt so long in the darkest fears of my own end, having watched myself nearly wither to extinction and then somehow, miraculously, be reborn, I cannot for an instant deny this truth.

I am a mother now.  There can no longer be half-measures.  I sit with my son each night before he goes to sleep, and rock him gently while his bedtime playlist soothes him.  I take his tiny perfect fingers in mine, and my heart fairly bursts with the wonder of it all.  Sometimes, the tears just flow.  In each of these moments, cancer is present.  The heartbreak it brought me will never, in a million years, be forgotten, or even repaired.  The shadow that it casts over my future cannot be ignored.

Each moment is precious.  Each one.  There is no time to waste.

4 Responses to no time to waste