next time, a lollipop 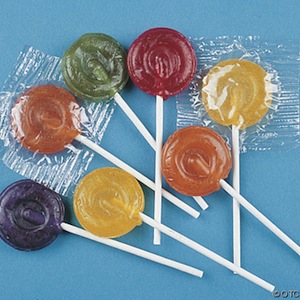 “You’ve been through a lot.”

Simple words, uttered by an attending internist I met for the first time this morning, but it was exactly the straight-forward recognition that I look for from people – especially doctors – when they first come into contact with me and my story.

Pre-cancer, I used to have terrible anxiety about visiting doctors (probably because I was always afraid they would tell me I had cancer.)  Now, at least with my established team of caregivers, I look forward to my checkups (one is coming at the end of this month) and screenings (can’t wait for my colonoscopy and upper endoscopy this fall!) for a kind of comfort and reassurance, as an opportunity to have my current state of good health affirmed.  And when I meet new doctors, as I did today (I went to establish care at a new internist’s office, because my previous one was so crappy), I expect just a basic amount of recognition of, as my friend this morning said, what I have been through.

Today’s visit was a triumph for other reasons.  First thing this morning, I headed to West Philly for my appointment, to the same building where my cancer journey began in November, 2007.  Just a few weeks before being diagnosed, Mike and I headed to a fertility specialist there, and on the way out – after an unnerving sitdown with a very nice doctor – I found myself doubled over in pain, ultimately vomiting in a taxi on the way back to our house.  Two weeks later, when I returned to the same office for testing, a vaginal ultrasound revealed the 10-cm mass on my ovary, and I spent the rest of the day waiting for and having an emergency MRI.  That night, the fertility doctor called with the very unpleasant news:  things did not look good.  They suspected cancer.  The next day, my new oncologist’s office called to set up my first appointment.  And the rest, as they say, is history.

Today, on a warm summer morning, with my wavy post-chemo hair ticking the back of my neck, I walked along the same stretch of Market Street where I had literally collapsed into a writhing heap, gripped with pain from the mass that I didn’t yet know was growing inside of me.  Mike worried I’d be struck this morning with a bout of post-traumatic stress  – a reasonable concern, but one which proved unwarranted.  Instead, when I arrived at my new internist’s office for the first appointment of the day, I felt calm and strong, and most of all, healthy.

Blood pressure: 119/67; temperature 98.2.  And, best of all, the second straight doctor’s scale confirmed that I have finally lost all fifteen-pounds of my post-chemo weight.  Things were off to a great start, and I hadn’t even seen the doctor yet.

The bright young resident met me promptly as I entered the exam room, and I was astounded to learn that she had my entire history already, and had been reading up on my diagnosis and genetic condition.  I had come prepared, with names and numbers of my other doctors, even the written materials I’d received from my good friends at genetic testing, but was relieved and gratified to discover I didn’t need any of it.  My new doctors had done their homework, were up on HNPCC – in other words, they had done all the little things that make such a huge difference for a patient.  This adorable resident even took the time to tell me about a service that Penn offers for viewing records and getting test results on-line – something none of my other ten zillion Penn physicians had ever bothered to mention.

By the time the gray-haired attending with the fabulous Boston accent came in, gripped my hand, and acknowledged my ordeal with that one little phrase, I was practically ready to hug everyone in the office.  (Except, maybe, the surly troll of a woman at the check-out desk.)  All of my questions were answered, every nuance of my surveillance regimen was addressed, referrals were made, smiles offered.  The only thing I didn’t get was a lollipop.

On the eve of my treatment, I remember sitting on the couch, terrified and down-hearted, having what was undoubtedly my nineteenth nervous breakdown of the day.  Through my tears, I said to Mike, “I want to be a really good patient.  I want to get an ‘A.””  I didn’t know exactly what my doctors were going to be asking of me,  but I knew that I wanted to do everything within my power to help the people who were trying to save me.

Two years after treatment, as my anxiety about my health becomes increasingly manageable with each passing check-up, I am finally beginning to understand that my history and my genetic predisposition for future cancer do not define me.  Rather, with empathetic, conscientious healthcare providers, I am being given the opportunity to take control of my health, and hopefully, live a long, long time indeed.