on the clock, out of my mind 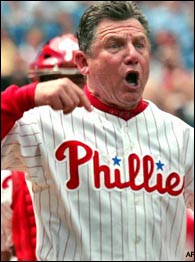 Another day, another installment of cosmic absurdity.  A favorite expression of incredulity among some of my colleagues lately is to say, simply, with a little cock of the head, “REALLY?”  That about sums up how I am feeling today.

Tomorrow, when I am in court, all of the other dependency rooms are closed because most of the judges are off at a conference.  Judge O. and I, however, will be slogging away at 9 AM, reviewing the cases of the older youth who have grown up in foster care, whose parents are both dead, or who are so medically needy and whose families are so unable to care for them that they will spend their entire lives in an institution.  Fun stuff.

As if that weren’t enough, since none of the other courtrooms are running tomorrow, the team in our room will also be blessed with a giant stack of emergency petitions – always some of the best material in child welfare.  Like the 19 year old who gives birth to her fourth child while in prison.  Or the mom who runs through traffic with her six year old while high on “wet.”  (Still don’t quite know what that stuff is, but it sure seems to make people act craaaazy.)  Or how about the mom who drops her kid at a shelter and then just, you know, leaves?

After ten years in this field, these stories never cease to astound and horrify me.  But now, in my cancer-induced, barren state, they also make me insanely, insanely angry.

This is just one of those days.  And for sure it does not help that there was a baby shower in the office for one of my gazillion pregnant coworkers this afternoon – a scene I imagine repeating itself endlessly in the coming months, given the overwhelmingly fertile workforce we seem to have.

At the height of my agitation today, in an effort to channel some of my negative energy, I let my imagination run a bit wild.  My anger and frustration were starting to get the better of me, so I decided to get ridiculous.  I of course chose to step out and run some errands during the shower (depositing funds for the downpayment on our first house sure felt good, as did a trip to Aveda), but nonetheless, I imagined myself barging into the conference room, over-turning the table of food (covered, of course, in pink table cloth) and screaming at the top of my lungs, “NOT FOR NOTHING, I AM THRILLED FOR YOU AND ALL, BUT CAN’T YOU PLEASE HAVE YOUR FUCKING BABY SHOWER SOMEWHERE OTHER THAN MY OFFICE?!?!?!?!?!?!?!?”  (In the interest of full disclosure, I will admit that the original version of this fantasy also involved a machine gun, which I swear I would only fire at the ceiling.  The object of my rage is cancer, and what it has done to me, but I have this notion that doing an armed version of a Larry Bowa-style freak out would just be oh-so-satisfying.)

It’s not personal, and I don’t even know if people in my office wonder why it’s so hard for me to even be polite about the fact that every other woman I work with is getting ready to pop out  a baby.  I’ve always kept to myself at work, under the radar and above the fray, so perhaps my current behavior is construed as just more of the same.  In truth, I don’t really care.

There are a few other cancer warriors in my office, and I suspect they are the only ones who might even begin to understand what I am feeling.  Other than that, well, it just doesn’t matter to me.  It’s hard for me to recognize that I am being so selfish, and maybe even a little unkind, but I really don’t feel, after everything that cancer has put me through, that I should have to worry about office politics, or sitting through baby showers for people I am not even friends with, when I am on the clock, here to do a job.

And what a job it is.

One Response to on the clock, out of my mind