Many months ago, around the time of my son’s first birthday, I was prompted by a friend to reflect on my decision to leave my job as a child advocate attorney to become a stay-at-home mother.  I shared my thoughts with my friend, but stuffed them in the “draft” file here at See Emily Play.  Eight months later, these themes have crept up again, and it feels right to excavate my earlier thoughts.  While a large part of me feels that what I am grappling with is merely the same “having it all” conundrum that plagues all working parents (at least women), another part of me –the part that wants to scream “ENOUGH ALREADY WITH THIS CANCER SHIT!” – knows that the nature of my struggle with these issues is tainted by the never-ending aftershocks of my illness.

And so it was last week that I found myself once again scrutinizing and second-guessing the decisions I have made about my own life path since becoming a mother, and feeling that those decisions were essentially taken out of my hands by my cancer.  This unexpected inner turmoil was prompted by something seemingly wonderful.  One of my dearest friends, a co-worker from my former job, has finally found new work after a protracted period professional misery (to which I can obviously relate, having lived through it myself.)  My friend is also a mother of a young child just the same age as my son.  For the past year-plus, she has been doing the thing I deemed myself unable to do – she has worked full-time while raising a fantastic daughter.  In truth, I look at what she does, managing work and family, and I am totally amazed.

While I left an unhappy job situation to work as a stay-at-home mom, my friend has left to begin a new professional adventure, a prospect that for me, at this point, seems remote if not downright impossible.  How, I found myself wondering after a celebratory lunch with my friend and another former co-worker, will I ever be able to reclaim my identity as a lawyer, a professional, someone with an active intellect? 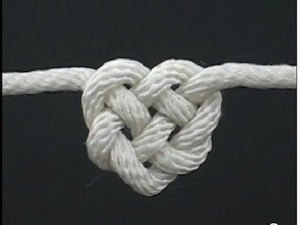 I will never know what kind of decisions I would have made if I hadn’t had cancer, if our son hadn’t come to us through adoption after years of waiting to start our family.  But in rare moments, like the one I experienced briefly last week, it feels like cancer painted me into a corner – in this realm as in many others – and robbed me of the chance to make choices and build a life as I truly wanted it to look.   More insidiously, it seems, cancer has deprived me of the chance to recognize and accept the on-going complexity of being a parent while wanting to maintain a distinct sense of self.  As survivors, we’re conditioned to be endlessly, unquestioningly grateful for the gift of Simply Being here.  Compound that with the blessings that finally arrived in the form of our phenomenal son, and there is scant space in which to navigate the rocky waters of a life that includes raising a family while maintaining one’s autonomy.

After cancer, it feels like some kind of betrayal to be anything less than ecstatic about the life I now inhabit.  Honestly, life now is a thousand times fuller, happier and more beautiful than anything I could have ever imagined, before OR after cancer.  (Life Before Cancer consisting of a largely undefined blur.)  But fullness, happiness and beauty are not the antitheses of complexity, or challenge, or even difficulty.  So, rather than betraying the forces and fortune for which I am indeed truly grateful, I hope to do a better job of honoring them by embracing complexity, rather than denying it.

One Response to reclaiming complexity