all in a day’s work 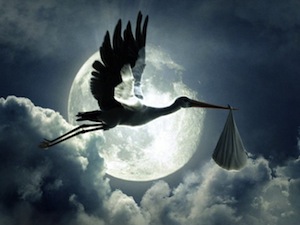 Today, the somewhat complicated relationship I have always had with my job got that much trickier.

Know, first of all, that I work in an office populated almost entirely with women – mostly young women of child-bearing age – and that right now we are in some kind of fertility over-drive.  In the past several months, it has seemed that about half the women in the office are pregnant.  OK, it’s considerably less than half, but when you don’t have any reproductive organs, being around ONE pregnant woman – much less a half dozen – can make you feel like a barren wasteland in an oasis of fertility.  To compound the situation, because of things going on in the courthouse where we practice, staffing assignments are being shifted and the job of roving substitute for the pregnant attorneys who are about to go out on leave has fallen to – you guessed it –  ME!!

If I were writing a novel, or a play, this could be great comic fodder.  But in reality, in my actual life that I am trying to put back together and live as fully as possible after cancer, it’s an ironic twist that I could, quite frankly, do without.

Today, I learned that two more women in my office are now expecting.  Great.  Just great.  In my head, I had already begun doing the math to figure out when the woman who has the latest due date would be going out, and was beginning to imagine a time when I could roam the halls of my floor without running into swelling bellies at every goddamn turn.  Not so fast.

There’s a good chance that for as long as I work at my current office, I will have at least one pregnant co-worker. Not a lot I can do about it, and I’m just going to have to suck it up.

But it’s not just the absurd proportion of pregnant women in my unit that taxes me, and forces me into this daily tug-of-war with the reality of how cancer robbed me of my fertility.  It’s the fact that I continually am faced with the reality that every day, every where – in this city, around the country, around the world – people are having babies that they cannot care for.  Or worse, that they actively harm.

So imagine my delight this afternoon – shortly after getting the news about the newest office pregnancies – when I walked into a meeting with the mother who almost murdered my infant client through horrific abuse and neglect. On the one hand, I was glad to know she had finally been arrested and spent ten days in custody before her grandmother bailed her out.  But when I went back to my office and looked up her docket, I discovered that the most serious offense she has been charged with is aggravated assault.  Excuse me?  The doctor at the child abuse clinic who evaluated my client described her condition as “one of the worst cases I have ever seen – a near fatality.”  And all you’ve got for me is agg assault?

It’s a good thing I used to be an actor.  When I walked into the meeting this afternoon, I couldn’t even look at this woman.  I was eventually able to make eye contact with her as I asked her a few questions about her criminal case. But what I really wanted to do was reach across the table and put my hands around her throat.  There are times, really, when the reality I am exposed to every day presses down on my heart so hard that I actually feel capable of violence.

This little baby and her toddler sister are two of only a very few clients I have had the urge to take into my own home , and they are certainly the first since cancer.  Even though I am getting ready to advocate for a new placement for them, to try and get them into a home that doesn’t have five other kids (including another infant) and where they can get the undiluted love and attention that they need and deserve, I know that trying to bring them into my own family is not the answer.

But I also know that one day, in the not too distant future, my husband and I are going to open our home to a little human being, and the magnitude of that gift, and the love that we will generate, will be about a thousand times greater than anything this world has ever seen.

2 Responses to all in a day’s work