the meaning of night 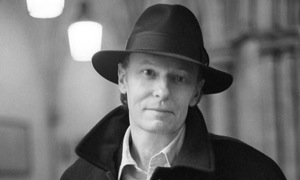 I love a good book.  Reading takes up a good chunk of my leisure time, and I love telling people how during my seven months out of work recovering from surgery and getting chemo, I read like a fiend and never once turned on the TV to fill the unending hours of isolation – at least after I stopped taking pain meds.  As the weeks and months wore on, I was amazed at the speed with which I devoured a huge stack of books, and I took a certain pride in watching the pile of ones I had finished grow higher almost weekly.  I couldn’t do much while I was sick, but I sure could read up a storm.

In hindsight, it seems I was determined to at least keep my mind sharp while my body became increasingly frail and vulnerable.  Reading seemed a good way to try and preserve my brain.  Chemo clearly took a toll on my moods, but I was not about to let it rob me of my imagination or destroy my intellect.

My equally bookish friend Kate recently recommended a novel called THE MEANING OF NIGHT, which she described as a Victorian thriller of sorts.   She  offered a general outline of the story, and shared with me the book’s opening sentence: “After killing the red-haired man, I took myself off to Quinn’s for an oyster supper.”

How could I resist?

Last night, after almost a month and 700 pages, I finally finished reading THE MEANING OF NIGHT.  It was one of those books that utterly transported me, with vivid atmosphere, sharply drawn characters and a richly layered narrative.  So I was delighted when I found out that the author had also produced a follow-up novel – with certain common characters but by no means a simple sequel.  I was eager to read more of this gifted writer’s work.

So a few days ago I went out and picked up THE GLASS OF TIME.  I pulled it off the shelf at Borders and looked at the back cover.   I immediately noticed that the author’s bio had been amended:  MICHAEL COX (1948-2009.) There it was:  my newest literary obsession, dead at 60, after writing just two novels.

My morbid curiousity drove me to look into what happened to Cox, and sure enough, last night I came across the NY Times obituary from April, 2009, and learned that Cox had died after a protracted battle with a rare form of vascular cancer.  Cancer.  Of course. What else?

The details of his illness, though, and its connection to his writing, proved quite unexpected.  It seems that Cox, after being told that it was likely that he would go blind as his disease progressed, decided to crank out the novel that had been percolating inside of him for the last thirty years.  He was an editor, scholar and musician but had never, ever written a novel.  And so he sat down and produced this lush, atmospheric, intelligent, scary, humorous novel, just like that.  While fighting cancer.

Needless to say, I was doubly crestfallen – not only had this great talent, whose real gifts as a writer were not fully revealed until he was well into middle age, been taken from us too soon, but he was cut down by the world’s most popular killer – proving, once again, that only the cool kids get cancer.  It just makes me  want to spit.

Still, I took some small measure of comfort from learning what Cox had done.  Battling cancer and facing blindness, he said, “Confound it, I am going to write a novel.”  And not just any novel.  But one that garnered him heaps of critical praise and put him on the Short List for the  Newcomer of the Year at the 2006 Galaxy British Book Awards and showed up on a half-dozen 10 Best Books of the Year lists.  Rather than putting his life on hold, or deferring his dreams, Cox used his cancer as a motivating force to realize a vision he had had his entire life.

When I think about my illness, I look back and feel like time stood still, as if those long, lonely months were lost completely.  It was as though everything was out of my control, and I could only do the most basic things to remind myself that I was, in fact, still alive.  Granted, in spite of everything, I always maintained some expectation that once treatment ended, I would be able to return to work and resume living – no matter how excruciating that process might prove to be.  No one ever said to me, “Your time is limited.”

But what would I do if that had been my fate?  Would I have had the focus and the determination to do what Cox did – to pursue a dream, no matter how far-fetched, and make something amazing happen?  I don’t quite know how to answer that question.  In the mean time, I am going to tell as many people as I can about the remarkable thing that Michael Cox, cancer warrior, achieved with his writing.

This entry was posted in cancer, Writing and tagged blindness, books, Michael Cox, reading, The Glass of Time, The Meaning of Night, vascular cancer. Bookmark the permalink.