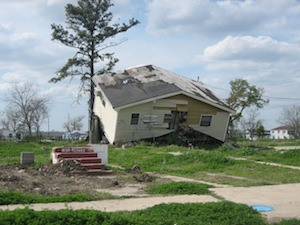 It feels like an eternity since I sat down to do this.  What does that mean, I wonder?  That cancer and its aftermath are finally taking a backseat to other things?  That seems implausible.  For regardless of what is in the foreground, cancer and its lingering effects are still there, lurking in the shadows, creating a kind of psychic white noise that I often don’t even realize is there.  It seems important to go through the exercise of tuning in to that static, letting it register.

There are a few disparate threads I am toying with; I don’t know if I will be able to connect them.

Recently, I have been feeling the limits of my powers as a cancer fairy godmother.  A few months ago, there was this energy coursing through me, as I reached out to and connected with so many young people – women mostly – who were facing cancer, or cancer scares.  I had the wings, the wand, the whole bit.  I was as light as a feather and as strong as an ox.  I fed off of the knowledge that I was doing something, serving as some kind of beacon for scared young people who were facing the demons that I had successfully beaten back.

Time marches on.  It’s January and today is bleak, with relentless rain, and I feel like I need a scorecard to keep track of all the people who have entered my universe because of cancer, and how they are faring in their fights.   More than anything, I am coming to understand the helplessness that accompanies trying to be a cheerleader for those facing cancer.  On the most basic level, I imagine that the simple fact of being someone who has been through it and survived serves to buoy those who are in the thick of it, feeling sick and exhausted and afraid.  Beyond that, I want to believe that sharing my unique perspective and experience might provide some tangible good.

But in the end, I don’t really know what any of it adds up to.  In the end, there is nothing I can do for my friend who is going through treatment for her second recurrence, beyond checking in and offering a hug when I see her.  In the end, I have no way of knowing what is going on with my friend from high school who was diagnosed with a brain tumor in May of 2008, when he stops posting on Facebook and doesn’t respond to my emails.  He is on the other side of the country, fighting his fight, and all of the virtual high fives and notes of support will not change the course of his disease.  My hands are tied, and sometimes it feels like cancer is winning.

Everyone faces this beast in his or her own way; some people want to talk, some people don’t.  Some people are knocked sideways by treatment; others power through, keeping going to work, exercising, living as fully as possible.  Each one of these lives that I am now struggling to connect with is singular, contains its own story and meaning.  But the cancer fairy godmother in me wants so badly to be able to just gather up all of these souls and hold them close in the hope that together, we can all be bigger and more powerful than this monster.

Today, for no particular reason, I had a flashback to the particularly bleak period that immediately followed my treatment.  Treatment was over, but in a lot of ways, the nightmare was just beginning.  I remembered real, excruciating conflict with my husband – all of it borne of cancer – and struggling to communicate, trying to find a way to connect with each other through all of the confusion and anger and fear.  Forget the nausea, the exhaustion, the weakness – that feeling of being torn away from the person most dear to me was without question the most unendurably painful part of my cancer experience.

But then I thought about now, and the happiness we have, the strength that we have gained, the fearlessness we share, and I thought, what I want to be able to do, more than anything, for those around me who are fighting, whose struggles I am watching from afar, is to carry them through the pain of the present and into the warmth and comfort of a happier, stronger future.  I want them all to feel what I feel now, to have a shot of the love that propels me through each day.  I want the needless suffering to end.

My rehabilitation is not over.  I know that.  The restoration of spirit is on-going, and I am not even certain if it will ever be complete.  How much of cancer’s damage can be completely, permanently reversed?

Reading Dave Eggers’ ZEITOUN has brought this question into sharp focus.  It didn’t occur to me until a few days ago, how my connection with New Orleans might have deepened since facing cancer.  We will be there in a few months, visiting for the first time since my illness; our last trip there, in 2007, was not long before I was diagnosed.  (It’s odd: whenever I think of 2007, I recall all of the events of the year as a high-speed train, coming off the rails, on an unavoidable collision course with cancer.)  In 2007, New Orleans was still in the first throes of recovery from Katrina.  I literally felt my heart breaking while I was there – the trauma was so vast, so palpable.

This year, 2010, we will return to New Orleans, with my wounds – and the city’s –  still healing, with my  – our – rebuilding still very much a work in progress.  So I wonder, is there a limit to the progress either of us will ultimately make?  Are there certain things which can never be recovered?  How much of New Orleans is lost forever, and how much of me?

I can’t know – for me, for the city on Lake Pontchartrain, or for the people I have grown to care for who are fighting for their lives at the moment I write these words.  Certainty eludes us all.