January: a benign but vaguely retched stew of prolonged family viruses, cabin fever, rescheduled birthday parties and post-holiday malaise. It is no wonder, then, that I decided to sit down for a job interview. You know, just to see what happens, to shake things up. My “baby” has somehow turned four years old. So maybe, just maybe, it is time to dust off my brain and see what I can do with it. Maybe it is time to begin the next chapter.

After some hemming and hawing – “I don’t want to work full time;” “I don’t want to go back to child welfare law;” “The pay stinks” (what public interest job doesn’t?) – I took the leap. Then, a few weeks ago, I sat down for a job interview, to return, ostensibly, to the same work I did for a decade. Let’s give it a try, I told myself, just to see how it feels. I walked through the frigid wind-swept streets of the city, from the train to the office, and felt just how long it’s been since I did this dance, every single day. The interview, pleasant enough, passed easily. My experience being exactly what they needed, I knew that they would call me for a second interview. There was nothing to be nervous about. For the first time, I knew that the job I was interviewing for was quite likely mine, if I wanted it.

Did I want it? The answer didn’t become clear until, as I rode the train home, I felt my anxiety rising. Stepping off the platform at my stop, the tears started rolling down my cheeks, my eyes hidden behind sunglasses. “I can’t do this,” ran on repeat through my rattled brain. But why did it feel so unbelievably wrong?

It wasn’t just the idea of moving backwards instead of forwards; it wasn’t just the idea of returning to this brutal work that stole so much of my spirit for all those years. In the end, it was the prospect of going back to the world that I inhabited when I was diagnosed; to seeing the same faces who watched me walk back into court, bald, pale and emaciated, after I finished treatment.; to the place where I scratched and clawed my way back into some kind of recovery, the place where I struggled and cried so many days as I waited for my son to come. There is such a legacy of pain there, so many dark moments. The thought of returning to that same environment was more than my heart could bear, for it felt so much like going back to a crippling space, the contours of which were completely defined by cancer.

Soon after the interview, I went out for drinks with a new friend who is also struggling to raise her kids while finding a new path for herself. We had never talked directly about my illness, but she was aware of it from reading my words here. After a few sips of strong whiskey, she offered, in a sweet and stumbling way, that it was on her mind. She wanted me to know that she was concerned about my well-being, if something came up…

There are always unfinished sentences when we try to talk about cancer. I told her what is true, that I am always happy to talk about my illness, and that while life has moved on in so many ways, there will always be the sense that It is right there, just over my shoulder, hovering, casting a shadow, however dim.

Returning to this part of my past is not an acceptable option. It is too fraught, too full of painful memories that literally seem to exist in three dimensions, like I could close my eyes and be right back there again, like it could all become real once more, if I made one false move. It does feel like a nightmare. 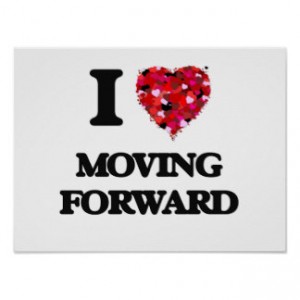 The good news is that I have the option to make a different choice, to wake up to another reality. I do not have to go back. Rationally, I know that I can’t actually Go Back. I cannot literally relive my illness. My diseased organs are long gone. My body is forever transformed, not just my heart and mind. But after all this time – eight years, it’s almost impossible to believe – there are still moments when rational thought eludes me completely, and something even so potent as panic can seep back in.

What I felt that day when I stepped off the train, back into the present for which I fought so hard, for so long, was this desperate clinging to the NOW, and to the possible. The shapeless unknown is terrifying in its own way; the limitlessness of “possibility” can bring its own kind of paralysis. But while I fear not ever finding my way, of lingering forever in this extended limbo of “full-time parenting” (will someone please come up with a better way to describe the work of a parent who isn’t employed outside the home?), it can never be quite so unnerving as the prospect of returning to my own personal Ground Zero, to the place where everything I thought I’d known was obliterated, left in ruins.

I am not naïve enough to think I can ever escape that hovering shadow that I described to my friend.  But I do know that, by choosing a path that goes forward, and takes me in unknown directions, I can at the very least help modulate the menace that it can often feel like.  When the call came, offering me the second interview, I gracefully declined, of course leaving out any mention of the real, muddled rationale for my decision.  It felt strange, and somewhat dishonest, but also inevitable.  For as cancer survivors, it seems, we can’t quite ever adequately explain the reality we inhabit, or the reasons for what we do.

Maybe this is why I write, over and over, about my illness and what it did to me, what it is still doing to me. Here, in this space, I can control the memories, I can safely unpack the moments which, when I am actually living them, feel like bundles of psychic destruction just waiting to detonate.

Forward, then. Never back.

One Response to NEVER GOING BACK AGAIN