the tampon incident (or, taking back my cancer)

A strange and unexpected thing happened the other day:  I made a conscious decision to share my cancer story with someone who had no idea I was ever ill.

Four years ago, my cancer came seemingly out of the clear blue sky.  Ultrasound, MRI, surgery – all in the space of a week.  I vanished from work without warning, and didn’t return until seven months later.  No time to create a cover story, even if I wanted to.  I’ll never know exactly how much information was “leaked” to my colleagues at the outset of my illness. But certainly by the time I returned, pale and bald, seven months later, everybody knew.  People may not know what kind of cancer or surgery I had (once in awhile, people still ask me if I am planning to “have kids,” and to my mind, they are always implying, “the normal way.”)  But they sure as hell know I’m the girl who had cancer.

But four years is a long time in my line of work; turn-over is steady.  This past summer, I started sharing an office with a lovely new attorney.  She’s quick and funny, constantly exuding positive energy.  She’s a total delight.  We’ve chatted a lot over the past few months about our families, partners, and interests, but until the other day, I’d never had occasion to share my cancer story with her.  In a way, it was kind of liberating.  But then, a few weeks ago, I started to realize that in order for me to feel truly connected to someone, in order for them to know who I really am, they need to know about cancer.

A few weeks ago, a very young attorney from another unit in my office died suddenly of liver cancer.  I didn’t know her, but when the email circulated, and I saw the picture of her bright, beautiful young face, it was like a knife through my heart.  I wanted to cry and spit for this person I didn’t even know.  I knew it could have just as easily been me.

In the wake of this news, my officemate made a few passing comments about the tragedy of this woman’s death.  Strangely – or not – I found myself unable to utter even a word in agreement or acknowledgement.  I felt smothered by the legacy of my own cancer fight, and invisible, because my new friend didn’t know about it.

The moment passed, but I unconsciously filed it away, thinking about the pros and cons of keeping my cancer selectively secret, especially from someone with whom I felt I was developing a genuine connection.

Then, earlier this week, it happened: the tampon that broke the camel’s back. 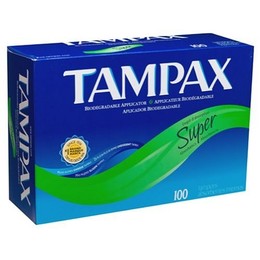 What the hell is this?

Honestly, it’s hard to believe that in the four years since my hysterectomy, not once had anyone asked me for a tampon

“Emily, do you have a tampon?” she asked me, innocently.

My mind froze for an instant.  “A what?,” I thought to myself.  Like I was an alien from outer space being confronted with some bizarre earthling contraption, like a telephone.

I quickly shook myself out of my daze.  “No, I don’t,” I said neutrally.

A minute later, they were gone, and I sat at my desk, feeling awkward and exposed.

I reflected on the ridiculousness of the scenario.  My officemate and I are constantly cracking up; her sense of humor is one of the things I most love about her.  After the initial awkwardness passed, I thought to myself (and imagined saying to her), “OK, clearly I’m not the tampon girl.”

Later that afternoon, prompted by the Tampon Incident, I decided it was time to “come clean.”

“There’s something I want to share with you,” I began, and then matter-of-factly (and only a bit tearfully) told her the story of my diagnosis.  Her response was loving and appropriate, (“Em!!  EMMMM!”), devoid of stupid questions, and totally not weird.  There was no gasping or recoiling, or suddenly looking at me like I was about to drop dead.  I even took her through some old photos, so she could see me bald and gaunt (again, “Emmm!”), and see the hilarious evolution of my hair.  And of course I told her about First Descents.

I explained that I wanted her to know this about me, because it’s a huge part of who I am now, and I didn’t want her to think, in moments like the Tampon Incident, that I was acting weird without explanation.  She nodded and then remarked that she’d thought it peculiar that I hadn’t commented on the young attorney’s death.  “Exactly,” I said, explaining how that news had knocked me sideways.  She totally got it.

Ultimately, she gave me a big hug, and thanked me for sharing everything with her.

The rest of the day, I felt liberated and light-weight, like I’d just done something absolutely right for me, reclaiming control of my cancer story.  I was reminded that it’s mine to tell.

This entry was posted in Humor, Life After Cancer and tagged cancer story, hysterectomy, sharing, tampon. Bookmark the permalink.