looks can be deceiving 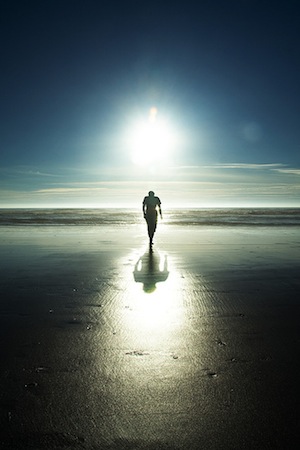 There’s a funny sort of game that we play with our fellow survivors – those kickers of cancer ass with whom we share such powerful affinity.  It’s an endless back-and-forth of affirmation, of reminding one another of the strength and determination we see reflected in our kindred spirits.  So many of the people I have gotten to know throughout the course of my cancer journey are doing incredible things – some loudly, forcefully, with great fan-fare; others with a quiet, humble grace that you might miss if you aren’t paying attention.  But no matter the scope or scale of the defiance, it is all brave and beautiful.

But for me, lurking just beneath the surface of every life-affirming gesture is a roiling sea of insecurity, fear and anger.  Recently, a friend’s words reminded me that while we as individual survivors may feel all of those diametrically opposed emotions – terror and fearlessness; ecstasy and sadness – the face we show the world doesn’t always allow for those kinds of contradictions.  And that when we are in the grip of one extreme, it’s difficult to pay deference to the other.

I was jolted into this state of awareness when my young friend – who is lovely, gifted, modest, powerful and fearless, not to mention a whole year further into the adventure of survivorship that I am – gave voice to the unsettled and unpleasant emotions that she’s been battling in these early days of winter.  At the same time, she offered exceedingly generous admiration for my having “totally annihilated” cancer.  Oh, the irony upon irony.  When I reported her observation to my husband, he actually laughed. So much is in the eye of the beholder.

The truth is, cancer is on my mind and in my heart every day.  Now, in addition to managing the baggage associated with my own illness and recovery, I am also fighting the guilt and anger that come with realizing that a good number of my young adult compatriots are not going to be as fortunate as I have been.  It’s like watching a horror movie in slow-motion, at arms length.

I look at my sweet young survivor friend, and am forever amazed at her sheer loveliness, her talents, her spunk.  She feels her own despair, but I can’t see it in her face or in the way she inhabits the world.  If it weren’t for her courage in expressing her darkest thoughts, I would never know.  Looks can be deceiving.

What’s to be done?  Most of us don’t want to sit around in a circle, beating our breasts, crying our eyes out, holding hands.  We want to be living, moving forward, searching out a path, discovering what we are passionate about.  Cancer arrests all of that for the young adult patient.

In the absence of an obvious remedy, the best we can do is keep living – willfully and joyfully.  This afternoon, I set out for a run.  It wasn’t long before I realized that my energy was lacking.  I hadn’t eaten enough; my legs quickly grew wobbly.  I’d packed a snack, fearing this exact scenario.  I walked for a moment, and scarfed it down.  It was cold, and I felt weak.  I’d been running for twenty-five minutes and already felt wasted.  I’d had visions of six-plus miles, but was beginning to think I’d best cut it short and head home.

A few hundred yards later, I came to the intersection where I intended to turn back toward the house.  I’d begun to map out an alternative route in my head.  But as I headed across the street, something in me clicked over.  My legs started to feel stronger, my stride more sure.  The calories kicked in.  The cold air on my face was suddenly invigorating.  Instead of turning off, I kept going along my intended route – west along Cooper River, with nowhere to turn until I completed the 3-plus mile loop.  I committed.

I was thinking of my friend, and how she’s battling.  She was pushing me forward.  In reality, I haven’t annihilated anything.  I’ve just found a way to keep moving.

6 Responses to looks can be deceiving