when hope is all we have: elizabeth edwards remembered

Everyone has been writing tributes to Elizabeth Edwards over the last twenty-four hours.  The grief which I felt upon learning of her death yesterday was likely no greater than that of anyone else who admired her but never knew her personally.  But it may have been more particular.

As I wrote at the beginning of this year,  I spent the early days of my own cancer treatment immersed in the pages of Elizabeth’s memoir.  I’ve already commented on what her words meant to me during my illness, how her earthy determination and willingness to speak freely about her struggles gave me hope and inspiration.  But now that she’s gone, I feel compelled to honor her again. 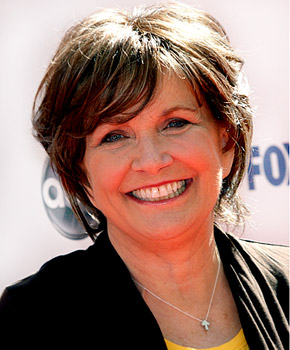 Last night, I said to my husband, “I know this sounds crazy, but I never actually thought that cancer would kill Elizabeth Edwards.  I just can’t believe it finally happened.”  I am not a doctor, but I had a pretty clear understanding that Stage IV metastatic breast cancer is not something you live with indefinitely.  Sooner or later, it’s going to kill you.

But I didn’t think it would kill Elizabeth Edwards.  She was too smart, too lovely, to full of wisdom and courage.  She had endured such an unbelievable amount of pain and suffering, cancer notwithstanding.  If she could survive her son’s death and her husband’s infidelity, surely cancer was no match for her.

More so than ever before, and probably because of my own experience with cancer, I am increasingly prone to this kind of magical thinking.  It must be a kind of survival mechanism that kicks in when you are directly confronted with the reality of just how much pain there is in the world, and how almost everything that happens in our lives is completely out of our control.

I wanted more than anything to see Elizabeth Edwards rise from the ashes of her marriage and her illness, watch her young children grow up into beautiful, intelligent adults, and experience the greatest second act in the history of politics.  She had an incredible mind and heart, and wanted so much to make our country a better place.

Now that she has died, I recognize the folly of my thinking.  But I am not embarrassed to admit I harbored these vain hopes.  Because as Elizabeth taught as us all, sometimes hope is all we have.