there’s something wrong with this picture 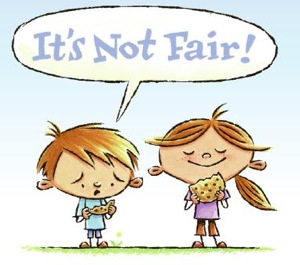 Panic – mild and fleeting, but noticeable nonetheless – paid me an unexpected visit early this afternoon.

This seemingly unshakable feeling of optimism and positivity has cloaked me for months now.  I have felt invincible, buoyant.  It’s been amazing.

But today, someone peed in my cornflakes.

It  wasn’t until after I got home and was lingering in the shadows at the dog park, that I was able to figure out what had derailed me.  It was the harrowing story of my new, five month old client.

I will call her Shantell.  Her file landed on my desk late last week; it wasn’t until this morning that I had a moment to open it and learn about her.  Shantell was brought to the emergency room of a local hospital by her mother and maternal grandmother.  Her case, doctors would observe, constituted a near-fatality.  She was emaciated, looking more like a newborn than a five month old, and had festering ulcers all over her body.  There were cigarette burns on her face.  Four broken ribs were detected.  One of her hands was swollen and infected.  Eventually, she will require skin grafts in a half dozen places.

A social worker from our office visited Shantell at the hospital yesterday, and this morning, delivered several photographs of her to my file.  Her eyes are big and bright, but her checks are hollow, where they should be round and pudgy.  Her tiny hands are wrapped in splints and bandages.  In one of the photos, she is cradled in the arms of a hospital social worker, dressed in a soft pink onesie, a matching ribbon around her head, her innocence palpable.  To look at those pictures, and contemplate the horrors that were visited upon her, is nothing short of chilling – and heart-breaking.

In my work, I am continually called upon to stare depravity, tragedy and injustice directly in the face, without flinching.  But today, I flinched.  I looked at those pictures of Shantell, and I wanted to hurt someone.  And I wanted to rescue her.

More than that, though, I wanted to understand how the people who made this beautiful little child could treat the incredible gift they had been given with such inhuman cruelty and disregard.

My husband and I are eager to love and raise a child.  Thanks to cancer, I will never bear my own children.  I am hopeful, though, that one day in the not too distant future, a young life will enter our home and we will have the opportunity to realize this desire.

In the immediate aftermath of my diagnosis and surgery, I was gripped with an often debilitating anger and sadness.  My husband and I are loving, intelligent and kind. We would make brilliant parents.  WHY, I would weep and rage, WHY has this happened to us?  For a long while, I felt literally haunted by the ghosts of the children I would never have.

They say “time heals all wounds,” and that may, in fact, be true – in some limited way. Now, I think about the injustice I have suffered, and I measure it against all of the other injustices in the world.  It is not fair; no question.  But the logic of the elementary school playground doesn’t serve much purpose in managing the hard realities of adulthood.  So much of life is unfair.  This is the hand I have been dealt.  I will deal with it.  I will make my family some other way.

But then along comes Shantell, with her huge, innocent eyes, and all of that hard psychic work comes undone.  Once again, I am caught in the grip of what’s “fair.”  How can the world be like this?  Who creates a world where someone like me is denied the chance to have her own child, and but Shantell’s parents – caregivers, whomever – can treat their own precious baby like a piece of garbage?

It is wrong of me, I realize, to view Shantell’s story and my own on the same cosmic continuum.  Her misfortune is one thing; mine is another.  My cancer, and what it has taken from me, is not the overarching context in which all other human drama unfolds.  Today, though, for a few unsettling minutes, it felt that way.