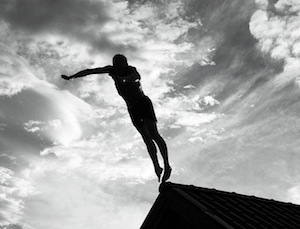 Thursday night, Mike and I attended a workshop on the effects of substance abuse during pregnancy.  Our agency, Open Arms, does a fabulous job of making the adoption process all about “lifelong learning,” and one of the areas they want to make sure people are educated about is how a birth mother’s substance abuse can impact a developing fetus.  The idea is, armed with information, and a sense of what you’re up for handling, you can make a carefully reasoned decision about whether or not you are willing to consider adopting a drug-exposed child.

The evening got off to a dramatic start when one of the men in attendance had what appeared to be a seizure of some kind.  In a stuffy room, talking about all kinds of icky things, it was no wonder that he checked out for a minute.  Still, it was unnerving for everyone, and did set a rather uneasy tone for the remainder of the presentation.

After two hours of listening to a pediatrician with almost 30 years of experience working with drug-exposed babies, as well as parents who have adopted children whose mothers were using, it’s fair to say our heads were spinning a bit.  One thing that seemed very clear is that a woman who is using drugs during her pregnancy is quite likely also using alcohol (the mother of all bad substances) but not disclosing the fact, so even if you say that you are not open to adopting a child who has been exposed to alcohol, there’s a good chance it could happen anyway.

It was strange – disquieting, even – to sit there, with my abdominal cavity cleared out of all of my reproductive organs (and the cancer which they housed) and listen to what so many pregnant women do to poison their unborn children.  As Dr. Friedman ran through her Power Point, rattling off all of the horrific effects which illicit (and legal) substances have on a growing fetus, my mind kept turning inward, to my renegade insides.  How very foreign, unknowable and lethal our bodies can be to us, and we can be to our bodies.

As we walked to the train at evening’s end, debriefing and ruminating on all that we had just heard, one thought kept coming back to me:  If I’d had a child of my own, I would have had a 50% chance of passing on the HNPCC mutation to her.  With odds so much higher than many of the statistics we heard last night, I would have consigned my child to a life where cancer would have been an inevitability.  Granted, it wouldn’t have been a “choice,” the way that someone chooses to use drugs during pregnancy, causing any number of emotional, cognitive and behavioral problems.  But it certainly very well could have set my biological child down a path that I wouldn’t wish on a sworn enemy.

So I went to sleep that night thinking about luck, and chance, and control.  I thought about the unpredictability of so much of life, especially of how our children turn out.  Whether through blind misfortune, ignorance, or genetic defect, there are any number of ways in which our children can be born into struggle.

As we heard over and over again at the workshop, at some point, you just have to decide whether or not you are willing to take that particular leap of faith.