turn, and face the strange

NOTE:  This post will also be showing up soon at Everything Changes. 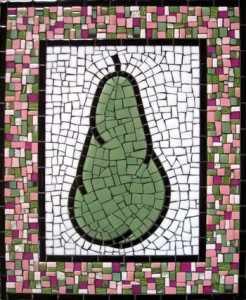 Somewhere in Cyber-space, a fellow inductee into the world of early menopause said, “Menopause does not mean you suddenly develop an irresistible impulse to start shopping at Chico’s.” When I first heard this witticism, I had yet to be gripped by one of the most feared dimensions of The Change: WEIGHT GAIN. I had lost about 15 lbs. thanks to surgery and chemo, so it wasn’t until quite a few months after treatment ended that I started to feel myself…well, expanding.

Before cancer, my weight had always been stable (save for a bacchanalian year spent living in New Orleans), so the menopause-induced shape-shifting which befell me was a bit hard to accept. Most of the weight seems to have settled in my boobs, hips and thighs, so with careful sartorial planning, I can still show-off my slim arms and calves without drawing too much attention to what I think of as my middle-aged midsection. Nevertheless, when I catch myself in the mirror at the gym or – heaven forefend – in a dressing room, I think to myself, “I am now officially middle-aged; I am shaped like a pear.”

I am working steadily on making my peace with my new body. So gone are the days of trying to stuff my boobs into pre-cancer bras (I’ve gone up a cup size) and cinch an old pair of jeans (also up a size) around my lumpy belly. When I was unpleasantly thin after surgery and during chemo, I hated the fact that I could feel my pelvic bones so prominently. Now, those same bones are nicely padded, thanks to menopausal weight gain.

At 36, most of us probably aren’t thinking about menopause. Middle age and the inevitable over-turning of the hormonal apple cart might be out there on the horizon, but before my unexpected introduction to this traditionally mid-life extravaganza, I still thought of myself as pretty young. Now, though, I have to wonder if cancer hasn’t made me old before my time.

This entry was posted in Life After Cancer and tagged Chico's, menopause, pear-shaped, shape-shifting, weight gain. Bookmark the permalink.

One Response to turn, and face the strange