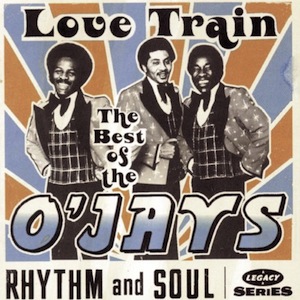 Did my last post come across as, well, homicidal?  I didn’t mean for it to.  I’m peace-loving, really.  To clarify, the only machine gun I would ever wield is one loaded with words; language is my best defense, my greatest weapon.  Think of Woody Guthrie’s guitar (thanks, hubby, for the analogy.)  The world may be going crazy all around me, and evil may be rampant, but I am made of love, and words are my ammunition.

Once again, First Descents to the rescue.  Could it be any other way?  Wednesday evening found me in a foul mood, as evidenced by my last post.  But by 2:15 on Thursday afternoon, I was boarding a train to DC, headed for another FD event.  18 hours   – and not a few huge laughs and cheap beers later  – I turned right around and went directly from 30th Street Station to my office.  Whiplash might be the best way to describe the feeling of being immersed in FD love –  basking in the warmth and positive energy that is generated whenever we all are met – to the often-prickly atmosphere of my workplace.

It took me over an hour to get my bearings and begin navigating a typical, vaguely chaotic Friday afternoon.  I could feel myself straining to adjust, as if my vital organs were being pulled from my body and replaced with those of a robot, or a zombie (do those guys even have vital organs?)  Then I realized:  I am the same person when I am walking the halls of my office as I am when I am climbing rocks or breaking bread with my FD family, or when I am chatting up prospective campers.  I am not required to absorb the agitation and toxicity which has been infecting my office in recent months; I am made of love!

So as I travelled the halls late in the day on Friday, distributing the mountains of files which have been stacked up in my office all week, I stopped and paid a visit to two of my favorite co-workers.  And I just told them, straight up, how awesome they are and how much I love them. They both responded with huge smiles, and thanks, and even gave me an opportunity to ramble on about FD for a minute.  “Why can’t everyone be mellow and happy and outdoorsy and into kayaking and rock-climbing?,” I asked them, rhetorically.  “Why is everyone in this place having a cow all the time?”  Just making that connection with these two wonderful women and spreading some love immediately lightened my mood and brightened my outlook.  And best of all, I think it made them feel good, too.

It may be a simple lesson, that the best way to combat negativity and bad energy is with positive vibes and boatloads of love.  But I think it’s something that’s easily forgotten. Perhaps it is the experience of facing my mortality and recognizing the preciousness of each moment that has reduced my tolerance for the kind of pettiness that marks so much of human interaction.  The love machine that is First Descents has re-enforced this idea:  why be cruel, or insensitive, or bitter, when you can have a dance party, or do donuts?

It’s not just about combating negativity, though:  it’s also about being open with the people who have done amazing things for me, or who otherwise inspire me.  So last night, I kept on riding the love train right to the 40th birthday celebration for my wonderful neighbor Iva.  I have mentioned Iva here and there in the past, but I want to take this moment and shine a very bright light on her incredible heart and spirit.

Iva is a mother of two little boys, and in addition to caring for them, works out of her home as an artist, yoga instructor and all-around ambassador of good will.  During my surgeries and treatment, Iva became my fairy godmother, my guardian angel.  Almost every morning, she would poke her head into our front window, and give a yell in to see what was going on that day.  Some days, I would hang out in her kitchen and help her put tags on the kids’ clothes which she designs and sells.  She would make me laugh and distract me when all I wanted to do was curl up in a ball and cry.

I remember one day in particular, toward the end of my treatment, when I was really coming unravelled.  There was an insane heat wave in early June, and only a few rooms in our house were air-conditioned with window units.  The heat was unbearable in combination with the chemo, and the weakness and fatigue were becoming overwhelming.  Iva called, or popped over, and I came to the door in tears, unending sobs.  There was so little of me left that I didn’t even know what I was saying; I barely even knew who I was talking to.

She brought me next door to her house, and plopped me down on the couch in the comfort of their air-conditioning.  She brought me blankets and tea and I sat with her and her boys and watched videos of They Might be Giants singing Here Come the 123’s.  My distress was so profound that I continued to cry intermittently as we all sat there;  I was incapable of even being self-conscious about it.  Looking back, it felt like I was dying.  But Iva continued to minister to me, and make me laugh, never telling me to buck up or get a grip on myself.  She always just let me be as sad and as angry as I needed to, and was always ready with a hug and a smile.  Over those interminable months, she taught me how to play Suduko, gave me pointers on taking care of my garden and spent hours sitting on the front stoop with me, watching the neighborhood characters pass by.

My seven months of surgery and treatment were a nightmare in so many ways, a period of darkness that in hindsight I cannot believe I survived.  But those months of torment also gave me the gift of an incredible new friendship with Iva.

So last night, at Iva’s birthday celebration, after I had Mike snap our picture together, I just told her, right out, how much she had done for me during my illness, and how much I appreciated her.  We hugged and cried and just had this totally real, authentic moment; she expressed her happiness over my current good health, and reciprocated the love I was giving her.  It was a little unexpected, in the middle of a stuffy, dimly-lit bar with funk music blaring, but it felt so good to let someone who played such a huge role in my survival know just how much she had done for me. 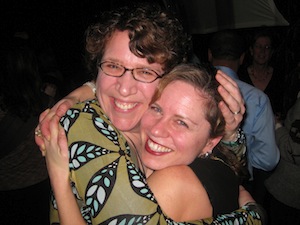 I can’t quite remember the person I was before cancer, but I don’t recall being so willing to let my guard down with people and express love and gratitude the way I have in recent days.

So, maybe there was something to be gained from my machine-gun fantasy after-all.  After diving deep into that pool of psychic darkness, I was able to break through the surface and take big, healing gulps of air, and feel the love that is abundant all around me.  More than that, though, I am recognizing what is to be gained by giving it back.