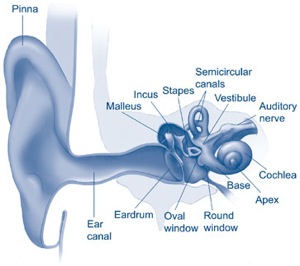 I have long suspected that the reason I love music so much is because I lack a strong sense of smell.  For most people, the conventional wisdom is that smell is the primary trigger for memory.  Something else must be going on with me, though, because I am well-known for having a memory like an elephant.  For me, music has always held powerful, almost palpable memories.  Countless specific moments in my past are connected with music, and whenever I hear a certain song, I am instantly transported.

Music is omnipresent in my life, a fact for which I am endlessly grateful and perpetually excited.  I spent two hours in the garden this morning, weeding and getting things ready so that our perennials can die with dignity this fall.  Music drifted over me as I worked, everything from Lou Rawls to U2 to Herbie Mann to the Sounds, a band I am just getting to know this week, thanks to FD pal Hottie Bucks, and who we will be seeing down at the TLA tonight.  And of course, the Kings of Leon – another band unknown to me until Jackson Hole, but whose “Sex on Fire” will forever put me right there in the backseat of that rented Suburban, hanging on for dear life while Flippy Floppy sent us swerving down the winding Wyoming roads.  I am grateful for my eclectic taste and my open mind. Few things thrill me more than welcoming new music into my life.

But in recent days I have also been thinking about a different kind of sonic landscape.  The sounds of the city, and what they mean for me, what they conjure, and what life will be like without them if we do, as planed, pack up and leave the city for the more affordable confines of South Jersey, entering a world of suburbia which I never, ever thought would form the boundaries of my domestic life.

Like music, the sounds that drift through the air on Orianna Street are also powerful triggers.  During treatment, I spent countless hours in the backyard, reading, doing crossword puzzles, gardening (on the rare occasion I had the energy), writing and often, looking up at the sky, feeling the sun and the breeze on my skin, wondering what has happening to me.  I lived in a kind of internal silence during those long days.  I would visit with my neighbor, sometimes talk on the phone and to the pets, but there was a quiet borne of the isolation of my cancer that I could never entirely shake.  It made sense, then, that the sounds which filled the air during those months pierced me so.  The rush of cars on 4th Steet, the occasional screams and cries of children, the hammering from a neighbor’s home improvement project – this was the soundtrack that filled me up.  These were the sounds of the loneliness and fear to which my cancer gave rise.

In spite of that fear and isolation, or perhaps because of it, the garden which formed the backdrop for all of these sounds became my sacred place.  With the help of friends from work, I was able to transform our small patch into a lush thing of beauty.  As Spring moved into Summer, keeping the plants alive  and healthy was therapy for me.  I tended to them as I believed I was tending to my own health, even though it felt like the thing which was supposed to save me was slowly killing me.  One workmate in particular has a remarkable green thumb, and counseled me patiently about how to best nurture the living things in my yard.  That gift, the gift of planting and sustaining life, was one of the greatest things anyone did for me while I was ill.

This friend had her last day in our office yesterday.  I am thrilled that she is moving on and has a great opportunity to expand her skills, face new challenges and provide more for her family.  Today I thought about her as I worked in the yard,  and I thought about what it means to embrace change and not fear the unknown.  Cancer has taught me to accept that life is not static, nor should it be.  The vision I always had of being a City Girl – committed fully to an urban lifestyle – is changing, as I accept the reality that the life we want is probably not attainable in the place we would ideally like to live.  So we adjust, and embrace the thought of moving on, toward something else – different, unexpected, unexplored.

I will miss my dear friend every day at the office.  She did amazing things for me when I was at my lowest, without even knowing it.  Between my surgeries and treatment, she coordinated a massive group knitting project in our office, and produced a gorgeous shawl – everyone having contributed a row or two, regardless of previous knitting experience – which became my security blanket all through the long, cold winter of 2008.  After I returned to work, on days when I just couldn’t hold myself together, I could slip into her office, let myself go, have a hug and a chat, and leave feeling restored.  She was always the very essence of compassion and tact, always sensitive  and concerned, never judgmental, and wonderfully tough when it was appropriate.

A few days ago, I was at her desk, looking for a file.  She had stepped away, but there was music coming from the speakers on her computer.  The strains of classical music – she had recently discovered how to stream WTRI and was thrilled about it – drifted quietly toward me.  There was a serenity in that moment, in those sounds.  I paused to savor it.  It was a chance, however briefly, to sample the soundtrack of her life, and to think about how it has mixed with my own.