In an unexpected twist of fate, the presence of these writings in the public space of the Internet has revealed deep and difficult connections between my status as a cancer survivor and an adoptive mother.  I owe this in large part to encountering a new voice whose intelligence and insight confirm that some of the most remarkable people are touched by this wretched disease.  It seems a cruel cosmic joke.

My new friend raises the issue of challenges unique to parenting during and after cancer, and decries the lack of resources available to those of us who inhabit this peculiar space.  Her situation differs from mine in that she was just recently diagnosed during the caesarian birth of her second child, and is now faced with raising two children while undergoing rigorous treatment and recovering from major surgery.  Still, even though I am four years out from diagnosis and am now happily parenting my adopted son while feeling fit and strong, I feel that the menacing legacy of my cancer (and the prospect of a new diagnosis down the road, thanks to my HNPCC mutation) connect me to this stranger.  Facing cancer changes everything, including our status as parents. 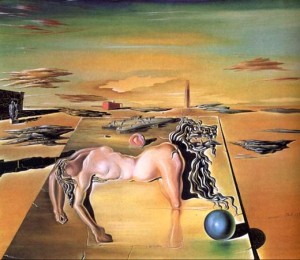 Yesterday, writing to my friend, I found myself stuck on the dual invisibility I now claim, as a cancer survivor and an adoptive parent.  During our wait, Mike and I tended to imagine our eventual child being African-American, in which case the fact of his or her adopted status would have been plain to the world.  We expected to be a conspicuous adoptive family from the very first moment.

Our son, though of mixed racial background, in his first weeks has been identified as “white” on more than one occasion, a fact which has served to mask his adopted status, and has given rise to at least one moment that drew the invisibility of both his story and mine into stark focus.

Earlier this week, we were out at a local coffee shop.  While there, a nosy, chatty woman inserted herself into our space, and asked how old Earl was.  When I said, “5 weeks,” she replied immediately, “You look great.  I guess you just bounced right back.”

I smiled weakly and didn’t respond.  I wanted to say, “Actually, I have no uterus or ovaries, and my son is adopted.  Not that it’s any of your damn business.”

On numerous occasions since I stopped “looking” sick, I have wondered how my cancer history is masked.  I have reflected on the assumptions people make about my health based on my appearance.  It’s the inevitable flip-side, I suppose, of having spent so much time with the fact of my cancer written on my body for all the world to see.  Now the invisibility of Earl’s adopted status is heaped upon the invisibility of my cancer history, and I am left in moments like the one I just described feeling like the person I am doesn’t fit into anyone’s world view but my own.

The queasiness I felt when confronted with a stranger’s assumption that I had given birth to my child (which of course implicates my status as an infertile cancer survivor) may explain why I have balked at the notion of suddenly being part of the “mommy club.”  I cannot suddenly relate to people by virtue of our shared status as mothers; I came to this place along a tortured and difficult road, and cancer looms large in my history and will always be a part of my life as I undergo regular screenings and surveillance.  The unbridled joy of being a new parent is finally mine, but it is laced with an inarticulable poignancy I am still struggling to define.