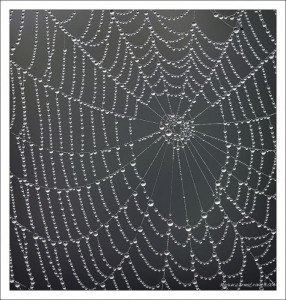 We’re all connected to the internet, but more of us are connected to Facebook than any other THING out there.  400 million people are ‘on Facebook.  Compare to Twitter’s 100 million.  The question is whether there is a way to access all of those users outside the walled garden that IS Facebook.  It seems that we have an answer, or at least a proposed answer –

You are going to see that “f” EVRYWHERE, sans serif!  Countless third-parties are going to jump at the opportunity to get plugged into your Facebook status, and friends, and photos, and the other companies you become a ‘fan’ of on Facebook.  The goal of this initiative is nothing less than an attempt to take over the World Wide Web.

Think of the web as limitless connections between different users.  What ff Facebook owned the the strands that make up the web?