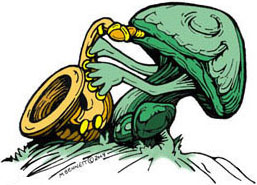 It takes a long weekend to make a short movie, see some great music, enjoy the country with narrow dogs, and turn congressional hearings into a nationally acclaimed opera.  Let me explain.

Em is now back from her First Descents excursion.  As predicted, this was an intense time and I have no doubt the reverberations will continue for quite some time to come while they’re being worked into her general psyche and identity.  Basically, take about fourteen young adult cancer survivors to Jackson Wyoming (scene, coincidentally, of the Beckerantz honeymoon) and take them rock climbing, out of their comfort zone and let everybody feel alive in a way they never have before.  The results are hard to put into words, especially for someone who wasn’t even there, but I’m sure she’ll be reporting at length on Seeemilyplay.  But tonight, it’s all about iMovie.  I’ve supplied this girl with what little knowledge I have and she’s running hog wild.  The results are already tremendous, and she’s only up to about the three minute mark.  Hopefully, by the end of this long weekend, I’ll link to an audio-visual document that will give you some idea of what she has experienced over the past week.

ProsaicParadise is soaking in the groovy sounds at ProgDay 2009 down in Chapel Hill.  She’ll be seeing Ozric Tentacles and some other cool acts over two days.  Kudos to her for making the trek in the name of great prog!

FBdN is in the country with his family and the greyhounds.  Bucolic and calming pictures are already starting to emerge, and I urge you to check them out.

It’s Fringe Festival time here in Philadelphia and one of the local acts is an opera based on the Senate Judiciary Committee Hearings and Alberto Gonzalez’s extraordinarily humorous performance.  The thing itself was outrageous, but the The Gonzales Cantata is swiftly becoming a national craze, especially thanks to Rachel Maddow.

Aliette de Bodard is catching up on her Battlestar Galactica and has a few choice thoughts as she gets into season 4.  This woman is an exceptional writer of sci-fi and fantasy and her career is just starting to take off, so it’s exciting to get her sincere thoughts on BSG and everything else.  Her blog and fiction are highly recommended.

Finally, there is a great Dylan bootleg from July 5, 2009, that has just surfaced at T.U.B.E.  There’s always great audience tapes of Bob’s shows, but this one is from the soundboard, which gives it a little more clarity.  Great setlist, including my favorite from the new record, a lil ol’ blues number called Jolene.

As Emily begins to take flight and FBdN spreads its wings to fly in a more individual direction, I am compelled to revert to the meta-post.  A rumination on blogging will hardly display the intense compactness and focus of one of Em’s entries, or the articulate and erudite humor routinely found at FBdN.  In the latter’s case, there can be no dispute that a profession in writing was inevitable.

No, the meta-post (the one that seems like it’s never going to get started – this one!) is boring to others and extremely self-indulgent.  But, since so few people read this blog (or even know about it), I am safe from any real consideration of audience.  Or am I?

It is not a child’s journal, hidden safely in a closet or under the bed.  This is a more public space.  Family and friends presumably know that you’ve staked a claim to a certain corner of the virtual universe.  They are not barred from reviewing you innermost secrets, should you choose to share.

An that’s the funny thing about writing.  It reveals so much, often without meaning to.  So while I’m posting pictures of vacation, promoting a political point of view, or suggesting a new collection of Brazilian music, I may let my guard down.  I may want to.

See Emily Play is looking pretty snazzy, if I do say so myself.  It is so liberating to have a WordPress.org blog and I think Em has caught the bug.  Also, I shouldn’t really take all the credit.  I thought she was going be mainly content and I would act as her contractor for all design and customization.  I’m very happy to say how wrong I was.  I established the basic platform, using the lovely and flexible Atahualpa theme from BytesForAll.  That’s a great platform to start with because it features a TON of shortcuts that let you (me) manipulate code to get the look and color you want.

But now, Em is acting as site owner and, not only making the decorating and environmental decisions about HER website, but also implementing those decisions.  That’s a testament to her enthusiasm and the intuitive nature of the WP platform.  I remember how excited I was back in the day, when I set this thing up for myself, and now I’m getting to relive all that enthusiasm with Em.  Priceless.

It may not be much just yet, but we are ready to launch the mpomy subdomain See Emily Play.  This will be Em’s personal blog with a focus on whatever the hell she wants to focus on.  I’m assisting with set-up and design implementation, as well as the obvious domain and hosting issues.  All content, as currently contemplated, will be courtesy the lovely Emily.

This is a special moment for me, because mpomy.com is really an exercise in vanity and catharsis.  Google Analytics has confirmed that there’s not a whole lot of traffic, and that’s fine.  The more important result has been that I’ve become somewhat comfortable with the best platform on the web and I’m running it locally on my host provider, so it’s my bandwidth, my rules, my domain.  If there was something extremely interesting going on out there, I would have a journal entry here that would help me remember for later.  Links can be preserved and pictures saved and it just goes on from there.  Any fine writing is purely coincidental.

Emily, on the other hand, presents a totally different approach.  She has had to be dragged into this kicking and screaming.  Well, not quite, but it has taken the encouragement of a professional, published author, who recognized Em’s talent and encouraged her to act as a guest blogger.  That’s a lot different than a partner or family member saying, “you’re such a great writer, you should just start writing a blog.”

So, today I spent the afternoon assigning a subdomain, setting up another mySQL database, installing a separate and discreet WordPress installation, and getting some very basic customization underway.  Even now, the earliest entries are beginning to take shape across the room as we engage in the age-old exercise known as “dueling laptops.”  Update your Google Reader accordingly.