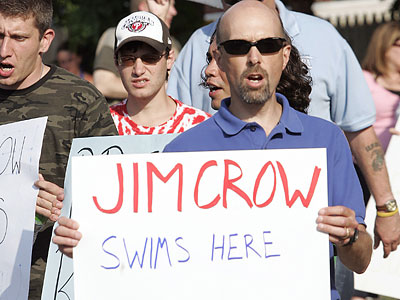 I’m happy with recent Twitter integration, but not exactly thrilled with how it has come about.  If you don’t already know about the latest shame of the city, here’s an excellent video posted on Philebrity, and The Inquirer has more conventional coverage.  Philebrity tracked the progress of the story as it spread outside of the local interest by, in part, reviewing the comments posted on Twitter.  So, as I watched the story spread over the course of the day, I saw how people communicated, a little bit of how the @ and # symbols are used, and how a story can spread exponentially.

Currently, I’m tracking (not the pool story, but) lots of Phillies stuff, some music stuff, a few friends and some political things.  It’s a little like the Google Reader, but I’m able to tolerate higher volume because the content is so light – the fabled 140 characters.  With Google Reader, it’s hard not to get sucked in.  Even if the site’s feed is abbreviated, I still can’t help but wonder what I’m missing.  With Twitter, I’m actually seeing the whole thing, because that’s all there is.