This year, as the Thanksgiving weekend comes to a close, it is essential to stop and actually “give thanks.”   It is the eve of the anniversary of my diagnosis.  Today is even my “MRI-iversary” – marking the date which, two years ago, I found myself, utterly without warning, trapped in that cylinder, with the buzzing and the ringing in my ears, undergoing the fateful imaging that started my cancer journey.  The darkness which enveloped me in that MRI machine was a harbinger of what was about to unfold.  And yet, for that moment, and what it set it motion, I am somehow thankful.

Last year, this anniversary season fairly knocked me over.  But today, it is 60 degrees and sunny and I feel unstoppable.  I had planned to take a good long run (time to start working off the turkey) but instead ended up cleaning up the backyard and stuffing our window boxes with festive holiday greens.  As is always the case when I work outside and get my hands in dirt, I felt invigorated and was reminded of how resilient my body is, and how far I have come. 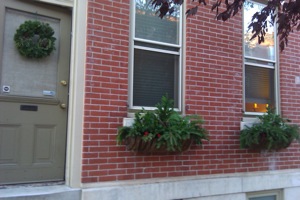 December 3 will mark two years since my first visit to my oncologist; two days after that, the anniversary of my diagnosis.  We just hosted Thanksgiving dinner for 18 people, and had what was unquestionably the best holiday weekend in memory.  Thanksgiving itself holds a lot of significance to me, as it was just days after the holiday that my cancer journey began in 2007.  So in many ways, I think of it as one of the bookends that marks my season of cancer.  And yet this year, it was as if all of the demons were exorcised.  I cooked the meal (with tremendous help from my sister), cleaned the house and played hostess.  And spent a joyful few days with my precious nephew, who I love more and more every time I am with him, if that is even possible. 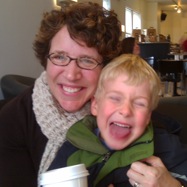 In the past, even before cancer, it would not be uncommon for me to come out of a holiday stretch feeling drained, and relieved to have it all behind me.  This year, I feel triumphant and energized, and actually looking forward to the next round of festivities. It’s a feeling I don’t entirely recognize, but which I am embracing wholeheartedly. 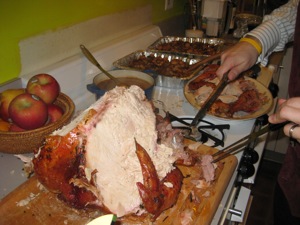 I am approaching that point, it seems, where my body can almost forget that cancer ever happened.  My physical and emotional stamina now clearly exceeds that which I possessed before my illness.  But the idea that cancer is behind me, or feeling like it never happened, is in many ways a dangerous trap.  Not because I will ever stop being compliant with my checkups, or undergoing the surveillance which I need to in order to ensure my continuing good health, but because – for me, at least – holding on to what cancer did to me is the driving force that makes me want to keep enjoying my life as fully as possible, and to push myself into new challenges and experiences.  I am skeptical of this notion of “getting back to normal,” or having my life revert to the way it “used to be.”  Because for me, there is no such thing.  That version of me, that life, does not exist any more.  There is only now, and moving forward.

The two years that have passed since this journey began have encompassed both the best and the worst of my life.  Over seven hellish months, the life that I thought I knew was dismantled – first by the blow of my diagnosis, and then, more incrementally, by the torture of chemo.  When it was over, a brief moment of relief was followed by months of deep depression, which only intensified the harder I fought it.

But in the early months of 2009, the tide began to turn, and I honestly feel that since the thawing of spring, I have grown stronger, and more in love with being alive than I ever thought I could be.

This is the peculiar tension of life as a survivor, to which I always return, and which I feel I will never be able to understand or explain:  this blissful irony, this unexpected miracle, that cancer destroyed my life and then allowed me the chance to rebuild it into something better, more complete and more honest, than I ever otherwise would have known.  And for that, believe it or not, I am endlessly thankful.