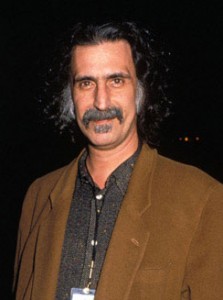 Should have been 71 years old today.  Here’s the quote:

Information is not knowledge. Knowledge is not wisdom. Wisdom is not truth. Truth is not beauty. Beauty is not love. Love is not music. Music is the best…

Thanks to Kill Ugly Radio, we have the entire broadcast of the Swedish TV show Spotlight featuring Frank and the Mothers in 1971:

While in Stockholm, Sweden on December 4th, 1971 during a short European tour, Frank Zappa and The Mothers appeared on the Swedish TV show entitled “Spotlight“. The 34 minute broadcast had interviews with Zappamingled with music clips from 200 Motels [“This Won’t Take Long”, “The Final Solution”, “Centerville”] and included performances of “The Air”, “Dog Breath”, “Mother People”, “You Didn’t Try To Call Me”, “King Kong”, and “Who Are The Brain Police?” from Palais Gaumont, Paris, France on December 15th, 1970.

Thanks to Kill Ugly Radio for posting this brilliant video:

(Via the amazing fuckyeahzappa tumblr feed.  Get there!) 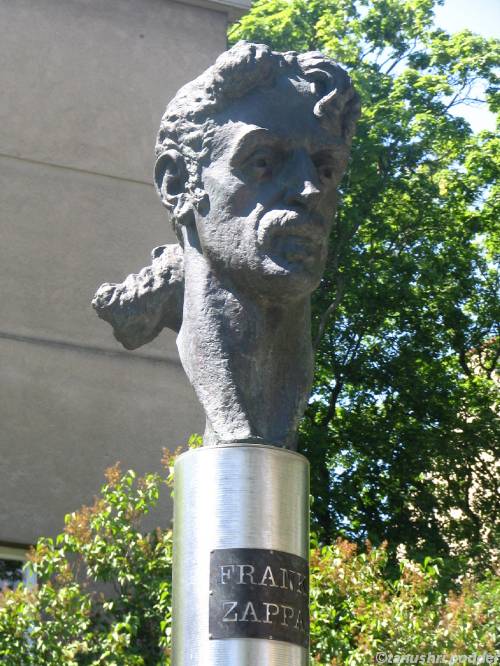 This bust is currently in Lithuania to commemorate the immortal genius of Zappa. Now, someone in these United States of America has finally gotten the idea to honor one of the greatest artists this Country has ever produced. Another version of the above monument will now find a home at Fels Point in Baltimore. Kudos!

Very revealing discussion about parting with Zappa on bad terms. It seems that neither of them wanted that relationship to end. And then, of course, my favorite quote:

Here’s the link to the whole interview.