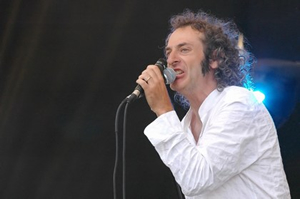 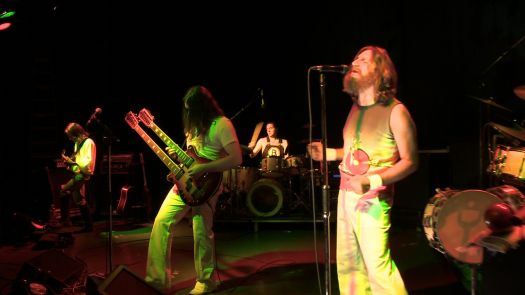 Daryl Stuermer and Martin Levac are Genesis Rewired.  On a day when we should be celebrating the birthday of the 20th Century’s greatest composer, I am nothing but embarrassed.  My love of Genesis does not stop with the departure of Peter Gabriel.  Nor does it end with the unceremonious dismissal of guitar visionary Steve Hackett in 1977.  Although the trio of Banks Collins and Rutherford is well known for its multiplatinum hitmaking tendencies, that same organization also creating powerful prog rock masterpieces such as Duke’s Travels/Duke’s End, Fading Lights and Down and Out.  These songs stand tall in the great pantheon of Genesis music.

But Daryl Stuermer?  On his own website, Stuermer, who was brought in as a touring yes-man with enough technical prowess to butcher Hackett’s poetry while not complaining, describes himself thusly:

In 1978 Daryl became the lead guitarist and touring member of the super-group Genesis.

Ladies and gentlemen, that is an out-and-out lie.  He was a touring guitarist who played some lead during said tours.  He was NEVER a lead guitarist for the band.  When Hackett left, all guitar duties for all music that band Genesis ever made from that moment forward was performed by the gentle Mike Rutherford.  There is no Genesis album (with the exclusion of live albums) that Daryl Stuermer ever played on.  None.  Zero.

And now, Daryl has partnered with an individual who has made his public life an imitation of Phil Collins professional career.  I’ve seen Martin Levac perform with the cover band The Musical Box, and he executed all of the percussive acrobatics of the Gabriel era with authority and panache.  He also ran his own Genesis cover band that focused on the post-Gabriel era.  From what I have heard of that band, the music is astonishingly good.

But now Martin has flushed his credibility down the toilet by partnering with Stuermer for a project that is described in terms that barely make any sense:

Together they create an unforgettable evening that reinvents the Genesis experience.

Destined to become this year’s most requested concert, this five-piece band with a sensational light show, presents the music of Genesis with pure abundant authenticity.

Can anyone tell me what any of that means?  And this mummer’s farce is only perpetuated by the fact that the website does not say of this is new and original music, Genesis music or Phil Collins music.

Fellas, listen.  Here’s a little tip for ya.  There is no such thing as “abundant authenticity.”  Something is either authentic or it is not.  At the moment, all indications are that Genesis Rewired is not.