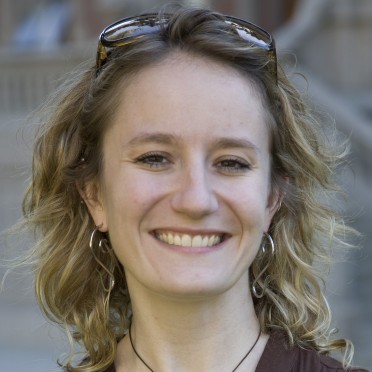 Everybody’s got an opinion on how all this social networking stuff works.  You mess with it long enough, and you start to see trends or patterns.  I can’t help but wonder what it means and how it fits into the ongoing narrative of human civilization.  Do all these fancy toys and technological innovations change anything?  I’m thinking Ms. Boyd may not have all the answers, but she’s got insane credentials and she’s working hard in this field.  So, I’m in.

Added @zephoria to my Twitter feed and apophenia to my RSS feed.  It’s dense, but it looks red hot.

Back to the whole music/social networking thing.  Before the current incarnation of iTunes was released (that would be version 9), there were rumors that part of the update would include a social networking element that would allow iTunes users to post music to FaceBook, Twitter, etc.  Well, that never happened, and the current version of iTunes is pretty similar to the previous version.

But social networking and music is still a fertile area for development.  Last.fm has been around for a while and features a clunky, Facebook style interface.  The best part of Last.fm is that it can, if you wish, track everything you listen to on your computer by means of proprietary technology called Scrobbling.  That’s great fun for seeing what tunes you and all your friends are listening to.  There are also discussion forums and lots of news and gadgets to keep you interested.  The one thing that’s really missing from Last.fm is music.  The social part is there, but the users have to supply their own tunes.

Blip.fm does it best, as far as the social aspect is concerned.  Users select music from the Blip database (which is really just a feed into Youtube and Imeem.  But for each selection, other users with similar tastes are suggested.  The genius is with Blip’s ‘props’ system.  You give props to other users/DJs and get props back.  This means there is a currency that you exchange with other users in order to tell them that you like what they play.  You try to accumulate more props and also ‘listeners’ (friends) as you go forward on your musical exploration.  It is a great way to get connected with people who like similar music.

The other thing that Blip does extremely well is interface with existing social networks.  The actual Blip interface itself looks just like Twitter and even uses “@” and “#” in similar ways.  Also, you can tell Blip to broadcast your selections to your Twitter feed or Facebook page, thus allowing you to share music with other, even if they are not in your Blip social network.

The only problem with Blip is that there is not very much music, and a good portion of it is amateur video from Youtube.  Songs are incomplete, of inferior quality or different versions.  And it’s basically impossible to know which version is going to start playing when you blip it.

Along comes Lala.com.  This is the most extensive collection of music I have seen on the internet and it’s delivered to you in a cloud-based interface that is identical to what you are used to looking at with iTunes.  Lala succeeded in a lot of ways.  Firstly, if you could be bothered to take the time, you could upload your whole music collection and listen to it anywhere you could get online with a computer.  You could broadcast your selections easily to Twitter or Facebook.  And there was even a social networking aspect that allowed you to “influence” other users and share selections.  While the architecture of this social networking fature seems pretty slick, users just didn’t seem that interested, which I though was a shame.  The culture at Blip was that you would almost always ‘follow-back’.  At Lala, it seems like no one cares.

Another nice aspect to Lala was that it offered something to sell, thus negating the need to have tons of ads, like we see at Blip.  At Lala, you could pay ten cents for a ‘web’ song meaning that you could listen to it online as many times as you wanted.  Or you could buy a song for $.79 ($7.99 for most albums) and have the mp3 DRM- free to do whatever you want.

So now, Apple has purchased Lala, at a discount rate, and no one seems to know what will happen next.  Of all the music/social/media/networking applications in the cloud, this was the one I liked the best, so I am hopeful that Apple doesn’t just stick it in the trash. 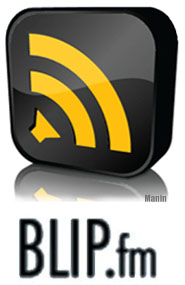