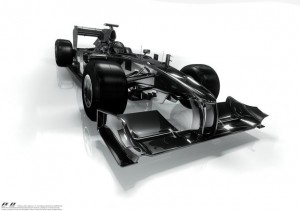 The great story of this year is not even to the final chapter, and we’re already seeing massive upheaval in the driver ranks for next year.  This is a normal occurrence, but there are even more big names on the move than usual.  The extraordinary Joe Saward has a good rundown:

The suggestion in Japan was that Renault has now done a deal with Robert Kubica; that Nico Rosberg will move to Brawn GP with Mercedes-Benz behind him. Rubens Barrichello is expected to move to Williams and if he wins the World Championship would take the champion’s number 1 with him. The team is expected to name Nico Hulkenberg as its second driver, leaving Kazuki Nakajima out of work. He will probably get a ride with Toyota, if the team survives. Toyota has released Jarno Trulli and the word is that the Italian veteran will probably end up at the new Team Lotus, as he enjoys a good relationship with the new team’s chief technical officer Mike Gascoyne. Toyota has not taken up Timo Glock’s option. . .

Plus, it’s starting to look like Kimi will go back to McLaren.  Got that?  And today, Renault has confirmed my man Kubica for next year.  I like to see him as a confirmed ‘number one’, which will help his development and chances for more success and race victories.  I do, however, worry about Renault bringing itself out of the scandal and dishonor of the Singapore ’08 fiasco.  I also hop they do not make Robert drive around in that Ronald McDonald atrocity of an automobile.

So, the F1 drama will continue.  We will see if Brawn can maintain the dominance it asserted in its maiden campaign.  We will see if Red Bull can continue to come forward with the advent of the next great German driver.  Vettel is truly amazing and still so young, but he will forever be  compared to another German who dominated this sport unlike any other athlete in the modern era of competition.

And we will see if Kubica can get into a fast car and if Lewis and Kimi can play nice at a resurgent McLaren.  But first we will race the last two races and crown a new champion. 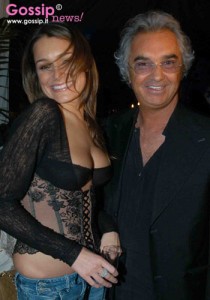 What he and his team have basically admitted to is just so amazing that I can’t believe it.  Renault was accused of intentionally crashing their junior driver at Singapore last year so that their senior driver could win the race.  That sort of conduct in F1 is beyond reprehensible.   When the rumors started to circulate a few weeks ago, I just had to tune it out because it was too absurd to imagine.  Even though no one got hurt, the risk to human life is off the charts given the speed and danger of the sport when they’re not trying to crash into each other.

Now, Flavio Briatore, the flamboyant playboy team principal of Renault is removed in disgrace.  He is guilty of the highest crime conceivable in this sport and he has to go, but he was one of the things that was great about F1.  His teams have one drivers and constructors championships.  He has shepherded the careers of numerous young drivers, as well as having worked closely with the best – Michael Schumacher.

After the sin he committed, he can not stay, but F1 will be far less for his absence.