While I may not be much of a Phish fan, hearing this song on local FarmFresh Radio as we were driving back from Burlington, VT, it just sounded SO right.  Wish I was joining @Gilli_es at the show this Saturday, i think it’ll be a good one. 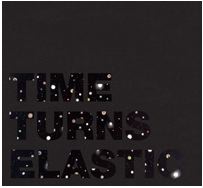 I was encouraged by a good friend to give the 13 minute ‘single’ from the forthcoming Phish record.  I’ve never been a big fan of their music, despite the fact that there is a serious prog side to this jam band institution.  Anyway, they’ve got their first studio album in five years coming out this summer, they’re back on tour, fans are eating it up.  So after getting all salty about what they do, I took some time and actually listend to the song.  Here’s the pertinent portions of my explication:

For a different band, the first two minutes could be a chart-topping pop single.  How crazy is the crowd going to get when they hear “I’m a submarine”?  Now comes a very small meandering and then we get more lovely and heartfelt pop.  The sound of the acoustic piano and the electric guitar is really simple but rich and textured.

At about 4:35, things start to go a bit wrong for me.  ‘Melody, shelter in the darkness.  Take hold of me now.”  Even at the first go-round (and without having a strong contextual understanding of the band in general) I knew this was going to introduce a long instrumental section.  But the lyrics give it away.  We’re ‘in the darkness’ and we need some ‘melody’ to make it – I guess – not so scary.  OK, let’s see what you got.

This starts by sounding like the more recent versions of Brand X with the alternate picking and harmonics.  Then we have the build-up to the long middle portion.  It’s a little rocking, then it’s a little quiet.  Then it starts rocking again.  The piano is leading the charge and it’s pretty happy until we get to about the 8 minute mark.  Now it’s back to those harmonics and melody in counterpoint.  Not so happy now with the sky bleeding and the world turning upside down.  It’s a bit fusion-y for the next minute or two – almost reminds me of Chic Corea and Return to Forever, but less hysterical.  My problem, is that it’s just a bit of meandering, almost trying to be a bit off, a bit atonla, to set up the BIG ENDING.

Now, you know that no one likes the big ending more than I, but did we need seven minutes (from about 4 to 11) to get there?  It’s OK if there’s some hot stuff in that intervening period, but it seems to be kept at a moderate to low energy intentionally to set up the big classic rock finale.  I just wish they would do more with that middle period.

But the ending is exceptional and it rocks and I know that it will go over great live.  It is prog because it’s very composed and it requires a lot of attention to get all the ins and outs.  And while not all prog is automatically good music, I always appreciate the effort.  It makes the world safer for Beardfish, Elephant9 and other rockers coming on the scene.

I know that is some cheap, cut-and-paste, blogging, but its along the lines of what happens here, as far as content.  The same individual who encouraged the above email is now pushing for collaborative music blogging.  Hmmm…  As always, I’m all ears!