From DC Medias in Paris, with slimy, tentacled, end-of-the-world love. 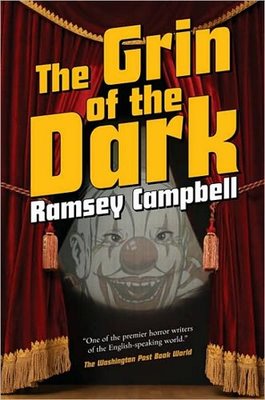 Here’s my comment from Live For Films, where I first saw the above

I always had a strong feeling about this project, as it was never weighed down with star power on either side of the camera.  Can this story succeed without McCready?  Well, we know it will be different.  But now, seeing that there is not an excess of special effects in the trailer, I am starting to feel even more confidant.  It seems more similar to the Carpenter movie and less like a prequel, but I’m OK with that.

Getting comfortable with the crowded insanity and brilliance of Lovecraft over the past several months has been a major catalyst.  His influence on John Carpenter, on Alien, on Alan Moore and Neil Gaiman’s Sandman – well, it’s not just some archaic referent with no independent value to me personally.  Actually, the opposite is true.  It starts with the time I spent in Providence from 1990 through 1994.  Also, once you get through the adverbs and the ‘eldritch’ and ‘cyclopean’ and all that other stuff, there is a thrilling and horrifying narrative.  It’s easy to see why the man’s work is so influential.  He’s like the Robert Johnson of modern horror.

I also wanted to get out in front on the Mountains of Madness movie that is getting under way with Guillermo del Toro at the helm.  Now that I’ve read the book, his sincere remonstrations and declarations of fealty to the source code have meaning.  Let’s hope he can carry through.

And, while I think I have found a significant resonance with Lovecraft and his progeny, it’s not been just the sons and daughters of that twisted Rhode Island intellect.  Palimpsest by Catherynne M. Valente is heavily promoted on Amazon and the set-up sounded prurient enough:  have sex with the right person, go to a magic city in your post-coital sleep.  Here’s the trailer:

It’s a good read, certainly steamy enough.  I was worried it may be a bit light on story, and that proved to be true, but the atmosphere, descriptions and emotions were so detailed and sumptuous, that it really didn’t matter.  I was somewhat reminded of my recent (and first) experience with Murakami – Sputnik Sweeheart embodied some of the same loss and longing.  But where that book was a dry martini, Palimpsest is paisley layer cake, detailed and deranged beyond belief.

Having dispensed with love and sex beyond the edge of reality, I somehow got directed, I think through my previous enjoyment of William Gibson (Pattern Recognition remains one of the most entertaining and moving novels I’ve read) to Rudy Rucker.  Fortunately, he’s a mad scientist.  ‘Postsingular‘ imagines a world where we are always connected to the orphidnet, like the internet, but interfaced with nanotechnology, instead of a computer or some other dumb machine.  As a result, everyone is a mind-reader, AI’s float before our eyes and help us in our daily routine, and travel between alternate realities and dimensions seems possible.  I say seems, because I’m only about a third of the way through.  As hard as the singularity is to imagine, that moment in time (AND the before and after) when EVERYTHING changes for EVERYONE – this book has done it.  It’s stylistic and chaotic and a terrible amount of fun.

And now we come to the AuntBeast herself.  This may be an addiction in the making.  Caitlin Kiernan appeared alongside John Carpenter, Guillermo del Toro and even S.T. Joshi in the Lovecraft documentary Fear of the Unknown.  Her incisive commentary and inclusion among such giants caused me to want to find out more and I got ‘Silk’ for the Kindle app.  Again, I’m only about one third of the way into it, but all I can think is that I know I want to read everything she’s ever written.  The atmosphere is terrifying, the characters are drawn with skill and detail that makes them come alive.  And in this book, there are a few main characters to keep track of, all women and all young, so the distinctions and distinctiveness are essential as we go from person to person, place to place, skipping through time.  But it is the hurtling story, the breakneck swirl of events, even in the set-up, leading to and hinting at this vast (celestial?) evil that doesn’t care about your boyfriend or your girlfriend, or your band or your drugs – that grip of pure fear and madness is literally unlike anything I’ve ever read before.  And I love it.

And to top it all off, I finally took delivery today of two Alan Moore titles – Yuggoth Cultures (which, curiously, contains a lot of work NOT written by Moore.  Hrmmm…) and The Courtyard.  So the fear and madness just keep clicking along.

So I’ve been reading, scaring myself and not blogging.  But now, I think I’ll let the dark creepies and nasties out of their cage so that I can share them with you.

When was the last time you watched a movie for over an hour-and-a-half and then just bailed out on the last 40 minutes because you didn’t give a shit and life is to damn short?  At least this way, I didn’t have a problem with the ending – because I didn’t watch.  There is NO ending that could redeem such a bland, uninteresting, boring and foolish piece of filmmaking.  I just didn’t care.

‘From Beyond’ which I watched earlier in the day, was so good, it kinda makes up for the unfortunate (and now incomplete) nightcap. 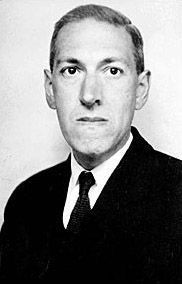