First it becomes the state with the most backwards and xenophobic immigration policy in the Union, and now the schools will not be permitted to teach ethnic studies because it promotes an atmosphere of resentment and increases the possibility of a violent takeover – I know, WTF indeed.

The 2011 Major League Baseball All-Star Game is scheduled to be held in Arizona and, given the high percentage of Latin and Hispanic players that play professional baseball, it seems like there may be a problem.  A number of players have thrown their support behind MoveTheGame.org, which is an offshoot of MoveOn.  Commissioner Selig has said that he doesn’t expect the game to be moved, but he’s just biding his time while waiting to see which way the winds of public opinion blow.  The man is a coward.

Elon James does an excellent (and humorous) job of helping us put some of Arizona’s policies in perspective.  The thing is, I’ve been to Arizona.  It seems like a nice place.  Can anyone tell me how it got so fucked up?

Let’s start with the video that makes me like Tim Lincecum even more:

That gem comes courtesy the me via the good folks at Big League Stew.

Next is a beautiful Flickr gallery of the current incarnation of a Moog Taurus bass pedal.  When used correctly, this instrument can take the paint off the walls, remove fillings and rearrange internal organs:

Steve Hackett will be playing NearFest next June.  Other acts include Iona, The Enid, Three Friends (what is that, a Gentle Giant cover band), Astra and Pineapple Thief.  Since I don’t know anything about the other acts, I have a lot of homework to do.  Nearfest takes place in Bethlehem, PA.  (Via Bill’s Prog Blog)

Zombi is coming to Johnny Brenda’s on December 19.  Should be a pretty good prog show.  So far, I like what I’ve heard from this Pittsburgh duo.  Tickets are ten dollars and it is the best place to see music of any type in Philadelphia.  Here’s a taste of Zombi:

And a few fiction notes:

Hope everyone has had a nice weekend.  It’s a beautiful Sunday here in Philadelphia, so we’re off to do some outdoor chores.  Peace, live and music to you all! 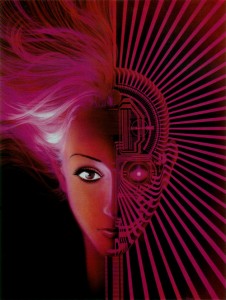 But I am SO sick of looking at that Verizon ad. Here’s one that celebrates baseball and defeating cancer: 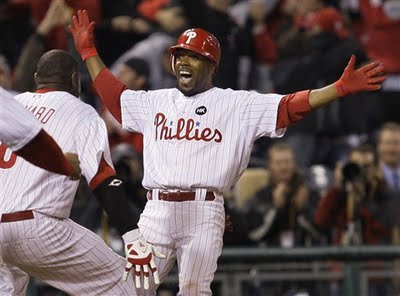 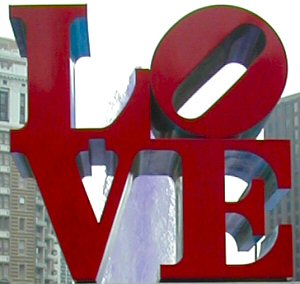 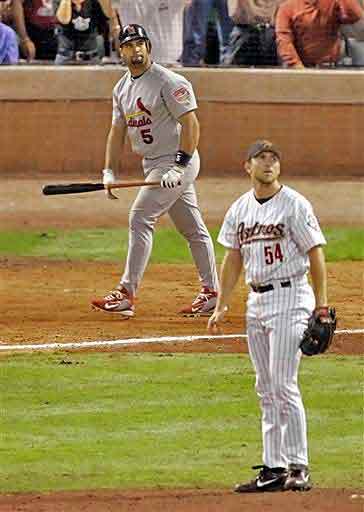 In 2005 Brad Lidge had 42 saves in the regular season, that’s one more than he had in the magical run that lead him to his first and only World Series ring last year.  In 2005, Lidge also had more strikeouts (103 vs 92) and fewer walks (23 vs. 35) compared to 2008.  By all accounts, Brad Lidge had a pretty good season in 2005.  He wasn’t perfect (4 blown saves) but he was a lot better than solid.  He was the kind of closer that gives confidence to every other member of the team.  The kind of closer that makes the other team think that, if they’re down (even by one run) in the 9th inning, they can not win.

But now, there is only one pitch for which Brad Lidge will be remembered in 2005, only one at-bat that matters.  Because on a warm October night in Houston, at the end of game 5 of the NLCS, Albert Pujols owned Brad Lidge.

That probably should have been the end of the story.  I certainly thought I would never here from Lidge again.

And then he ended up in Philadelphia.

Baseball is unrelenting.  Baseball goes on forever.  In Baseball, the ‘modern’ era includes things that happened a hundred years ago.  So first Lidge should have been done-in by Pujols’ gargantuan 3-run shot in 2005.  But that wasn’t the end.  Then I would have expected him to gently ride off into the sunset, perhaps fading to age or injury, after the electric perfection he conjured in 2008.  But that was not the end.

Like Baseball itself, the story goes on and on.

And now, in Philadelphia and Colorado, the next chapter will be written.  Lidge was not just good last year – he was perfect.  Every time he tried to get a save – he saved it.  Every time the team was leading at the end of the game and he was on the mound, his team won.  No closer has ever performed better in a single season for the Phillies.  Not.  Ever.

And what has happened in the recently completed 2009 season?  The one in which the Phillies return to the playoffs as division champs for the third year in a row?  The season when four members of the Phillies everyday lineup have thirty or more homeruns?

Brad Lidge has turned in the worst performance by any relief pitcher on any team in baseball this year.  He is, statistically, Baseball’s worst relief pitcher.

We are well beyond any worthwhile investigation into why this is the case.  The only relevant statement is that he is not injured.  Which means that the cause of his dizzying, dazzling fall from perfection is a true mystery, especially to Lidge himself.  Anyone who says they know what’s going on is wrong.  The nature of closing baseball games is such that these horrors happen.

So, really, the only question is, “What do we do now?”

In mere hours, the playoff rosters will have to be set, and while skipper Charlie Manuel is mulling some players on the bubble, one of them is not Brad Lidge.  He will be on the team, not necessarily because he has earned it with his performance this season, but because he is still better than Escalona and other truly marginal major leaguers.

And he won’t be on the roster to play shortstop.  Or even come in for the 6th or 7th inning.  There is only one thing that Lidge is here to do, arguably only one thing that he is prepared and able to do – close games.  Will he be able to flip a switch and feed off the intensity of a playoff situation?  Not likely.  Not when he’s been so off all year.

But there is no solution or alternative.  And this is not assured failure, not with home-field advantage in the first round and an offense that can produce runs in bunches.  Even if that solid fastball (thrown for a strike) and that magical, disappearing slider don’t come back in full force, Lidge will still be able to get batters out.  And he has the confidence and love of his manager – that’s a factor that may not fix the problem, but it can only help.

And we Phillies fans will bite our nails and sit on the edge of our seats and try to remember that Lidge was successful during 74% of his save attempts (I would have been happy with a 74 for some of my first-year law school classes).

But, as we get ready to go into the playoffs, this is where we live.  Because, in a very different way from Albert Pujols on that night four years ago, we all own Brad Lidge. 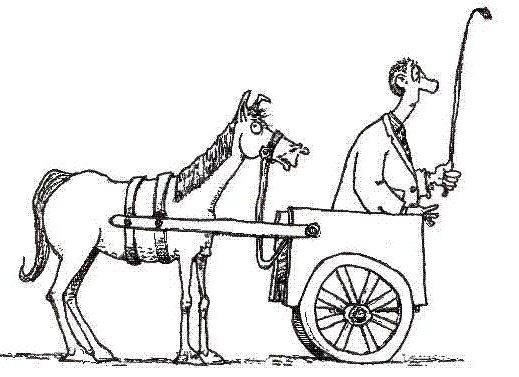 The Phillies shoved it in the Marlins’ nose one more time today, five – zero, and they’re just cruising.  Even during the ‘June swoon’, they never fell out of phirst place, and they were playing horrible.  That will tell you about the competition in this division.  I have read that the Red Sox, who face more of a threat in their division than the we do in ours, are considering a six-man rotation to keep their front line pitchers rested and healthy heading into the playoffs.  I have to say that I love this idea, but is it a jinx?  Baseball is a funny game, and you never know what can happen.  Is it putting the cart before the horse to plan for the playoffs in mid-July?

I guess it helps that our team has more wins on the road than the Nationals have period.  Makes you thankful the dvision is sooooo bad. 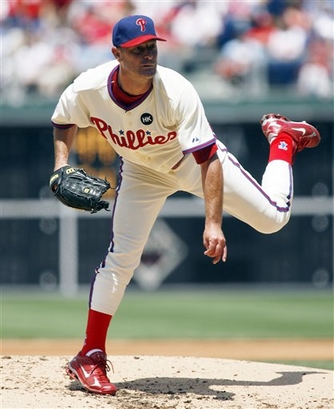