You thrilled to her in Flight of the Conchords, now enjoy the lovely Kristen Shaal on The Daily Show, which comes to you from me via Talking Points Memo.  Because you only thought you knew what “rape” meant.

I take a few days off and the next thing you know, I’ve got about three hundred unread items in Google Reader.  Some of these items are from that haul and some of them have whiskers on them (meaning older than three days) and some of this isn’t related to anything at all.

Now I’m going back to sitting on my ass for one more day, getting ready to listen to the Eagles (vs. Dallas) on the radio and walking my big puppy in the sub-zero wind chills.

When did “Son!” happen and how did it get started? I don’t have TV, so I get all my pop culture cues from Twitter and other social media. Starting in just the past few days (maybe 2 weeks, at most), I’m seeing A LOT of “SON!”. It’s not a bad thing, I’m just wondering where it came from. I don’t think it was Entourage.

After seeing Charlie Jane Anders io9 note comparing the concept art for James Cameron’s upcoming masterpiece vanity project epic Avatar to Roger Dean’s album covers for the band Yes, there’s now no doubt that I’m in.  That was after learning that the film’s heart, politically speaking, appears to be in the right place.  I guess I’m part of the blame-America-first-with-Mellotron crowd.

Actually, he’s Joe and Rachel’s new puppy, but that didn’t stop me from wearing him like a hat!

I have, for several years, wanted to go to.  As the next post shows, the access to information about some of the coolest entertainment projects in the universe is unparalleled.  If I ever go, I’m making my sister take me because she has press credentials and can get on all the amazing panels – like Peter Jackson and James Cameron discussing the future of film.  The costume culture is intriguing and intimidating.  And then something like this happens: 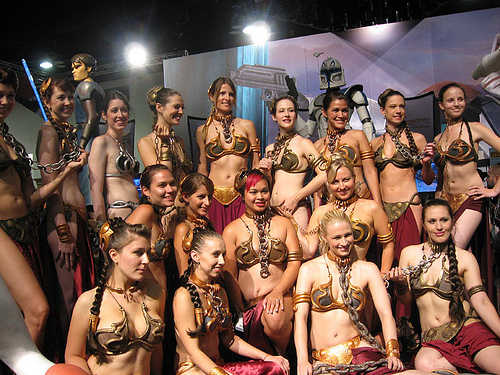 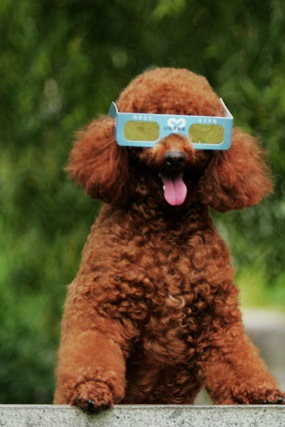 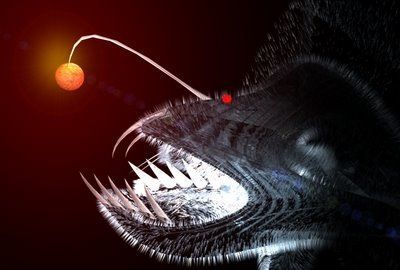 Well, it seems like a bit of a longshot that Oscar and I will get to do any musical micro-blogging this weekend. We’ll just have to book some studio time when it’s not a busy holiday weekend.

We did, however, have an opportunity to sit down at the piano and sing about going to fight a dragon. I figured that every brave adventurer needs a good bit of epic music to document his exploita. But before we could find the cave of the secret invisible dragon, we first had to take on an evil cyclops, then a bunch of pirates, and I believe there was a killer shark in there somewhere.

There was also a lot of talk (and/or singing) about the vicious angler fish, but because of that monster’s sheer prowess, I think we decided to leave him alone. Or maybe Oscar managed to shoot him with secret, invisible ray gun.