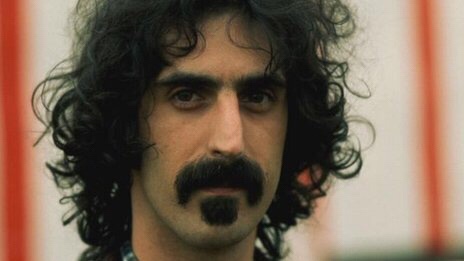 We regret that our communication broke down and that things were misconstrued. It may be a bumpy road at times – we are a passionate Italian family – but we have decided to work toward privately discussing issues rather than using public forums and lawyers.

We are hopeful that if any of our father’s fans have felt conflicted, they can join us in the peace of our resolution.

What a song to start off the Mega-Shuff institution! This is the randomness that you worry about with such an experiment, and there’s almost certainly no other way I would have explicitly wanted to listen to this recording. Stills is frustrating. He is a multi-instrumentalist, does all his own stunts in terms of songwriting, producing, performing, and even had the Jimi Hendrix seal of approval. Having seen Stills a bunch of times in the 80’s, I can confirm that he is a prodigious guitar player, a real blues man. He dabbled with mixing the music of other cultures into his brand of popular folk/rock, but he never went as far as he should have with it. As much as I dislike the music of Paul Simon, there is no denying the absolute brilliance of Graceland. Stills arguably had the music-biz juice to execute such a move, if he had it in him, but he was a apparently bogged down by the fame and fortune of his super-group. As much as Stills has given us over his storied career, I can’t help but think there was even more brilliance that we missed out on.

This isn’t the version from Bananafish Gardens, but about six months later, and it’s very similar.

There’s no way I would have picked this one and so the deities of randomness and algorithms assert their unyielding will again. My best argument (to myself) is this band’s extraordinary approach to rhythm. Perhaps that’s owed to original drummer Tim “Herb” Alexander returning to the band after a hiatus. That means that return of Rush and early Peter Gabriel solo as major influences – that’s real progressive rock! But, for better and worse, there is usually no space for nostalgia because of the band’s aggressively individualism. I could never argue with the true progressive credentials of Primus – there is a fearless persistence to define their own sound that makes the albums utterly unmistakable. That’s some strong branding. At the same time, there is a delicateness that is missing. When prog and fusion giants roamed the earth, there were moments in the composition that recalled a more primitive form of music, a jazz or blues riff here, a Scottish folk progression there. If used correctly, these forms can provide emotional context to the complexity that, on its own can make some prog and fusion tiresome. While this may be a full subject elsewhere, suffice it to say here that Primus, as much as I want to love everything the band has produced, doesn’t ‘swing’ – a lot of the time. Maybe this is evidence of my lacking a good appreciation of Heavy Metal as a genre. Even here, when Primus has progged out to the extent that this is a full concept album, I still can’t get completely on board.

I’ve certainly been thinking about Bowie enough recently. As i try to get back into playing a band, it is helpful to learn more well-known songs. Bowie has a ton that check the boxes of fun to play, viscerally appealing and recognizably popular. This particular track is more of a deep cut that i might have occasionally heard on classic rock radio of my youth. What particularly interesting about this version is that it features Stevie Ray Vaughan on lead guitar. SRV’s prominence on “Let’s Dance” is revelatory. The circumstances which lead to him NOT touring with Bowie in support of that album are summarized in this article. I disagree with the notion that Bowie “made” SRV’s carrier, whether indirectly or directly. SRV was going to become the colossus he became, no matter what. The rehearsals for that tour are one of the great bootlegs in circulation. You can hear the entire concert on YouTube.

Mississippi Fred McDowell – When I Lay My Burden Down (1968)

When I talk about my experiences in music, there is a clear distinction between music I learned how to listen to, discovering nuance and soulful beauty in complexity and chaos, and music that affected me more like getting a wrench smashed into my funny bone. Sometimes things would just click for me because of what my parents listened to when I was growing up (Bob Dylan, Neil Young), but I didn’t get exposed to too much blues music. And yet it has clicked, possibly because I discovered it at the same time I was trying to lean how to play guitar. Regardless, Muddy Waters and BB King quickly became regular listening. Then I graduated to John Lee Hooker and Albert King. And then, years later, I discovered the North Mississippi Hill Country Blues and the gentleman farmed called Mississippi Fred McDowell. This track appears to be from March of 1968, but I can’t find the name of the other vocalist.

Bonnie Raitt – Love Me Like a Man from Ultrasonic Studios (1972)

WHAT A COINCIDENCE! Probably not. Probably proof that there it is more algorithms than actual randomness. I continue to hope that randomness plays some role. I want to see the dark corners of my collection. The reason it’s no coincidence is that in 1970, Bonnie backed up Fred McDowell at the Philadelphia Folk Festival. They became friends and Raitt studied guitar from the undisputed master of the Mississippi Hill Country Blues. Here is the audio for the entire glorious session, which features legends Lowell George and John Hammond Jr. Love Me Like a Man is the first tune. 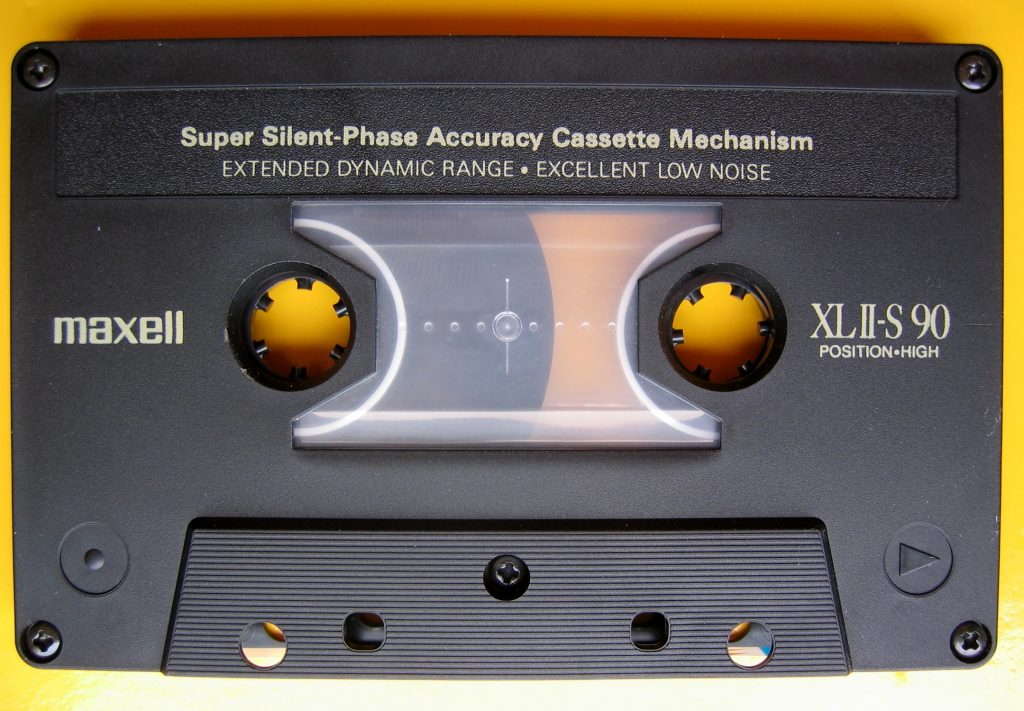 For many decades I have been collecting albums, live recordings, bootlegs, outtakes and any other kind of ear candy. I started with vinyl and then cassettes for the car and then CDs and MP3’s and now streaming music. Throughout all of these iterations, I have tried to discover more and more different kinds of music from different kinds of artists from every corner of the globe. I have my favorites, of course, but the thrill of discovery may be the most favorite thing of all.

I invariably engage in contextual listening. The purely aesthetic experience is always there – and I certainly know what I don’t like – but I’m always thinking about how one title sounds next to another – as a DJ would select track after track to purposefully create specific feelings and reactions on the part of the listeners.

Context is not limited to how one song followed by another may reveal previously unknown aspects o both works. Context includes the familiar personal, social, racial, political and economic aspects of work. Sometimes these aspects are front-and-center and sometimes they are hidden. Sometimes these aspects inform a negative view following a positive aesthetic reaction. In such a scenario, the listener is really forced to make a choice and that’s not necessarily a bad thing. Active listening is always encouraged!

My focus here is on this narrow type of context – that generated by modern convenience of being able to shuffle, with apparent randomness, through tens of thousands of songs with no overarching connection other than that they are in MY collection. That will be the jumping off-point and from there I’ll engage the music in whatever manner it strikes me.

It is what it is.

Time to see if this old thing still works. 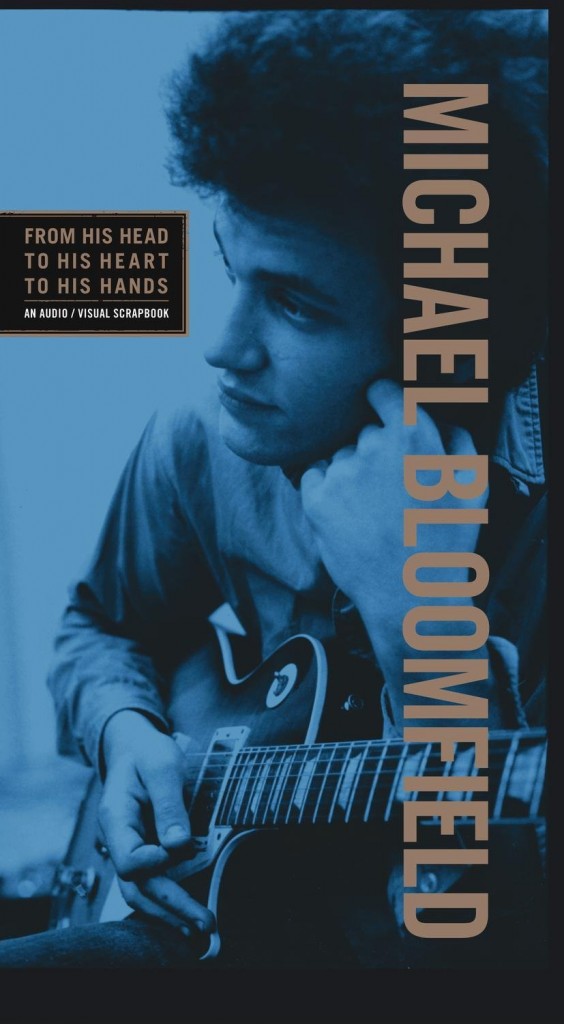 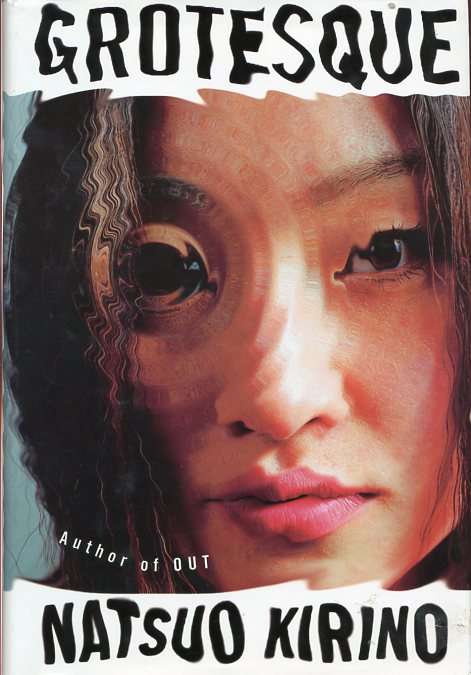 I don’t really know what to say. I was amazed. This book is an extraordinary rumination about big ideas like gender, economic class status, Japanese and Chinese society. But this is also one of the most intense depictions of the complex nature of human emotions. There is horror here as characters descend into madness and brokenness and death. But it is never so overwhelming that I felt I wanted to put it down. It is a “page turner,” but I felt sometimes that I should set it down, out of respect for the loss these characters endure.

I went into this expecting a mystery, a detective novel. I come out of it thinking so many things, chief among them that I will read all of Kirino’s translated work. ‘Grotesque’ is quite simply on of the best books I have ever read. 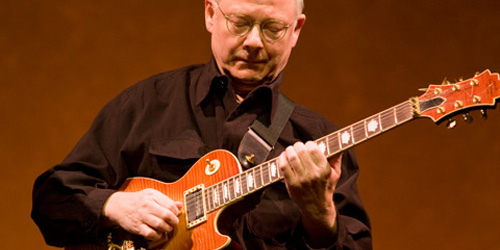 Old and new – should be very good with Mel Collins back in the fold after a FOUR DECADE hiatus:

Writing on his (not yet published) dairy for September 24th Fripp notes “The Point Of Crim-Seeing was of a conventional Back Line – Gavin Harrison, Bill Rieflin, Tony Levin and Pat Matstelotto – reconfigured as the Front Line, with Mel Collins, Jakko Jakszyk and myself as Back Line.”

Robert goes on “All the Crims have expressed great excitement at the return to Go! mode. Given the considerable commitments of all members, it will take a year before Crimson is able to perform.”

Bill Rieflin mentioned to me that he told Jacknife Lee (REM and Robbie Williams’ producer) of the triple drumming, and Jacknife’s reply: Of course. We know what two drummers sound like! I’m hoping we’ll find out, and have a pile of fun doing so.”

In his (not yet published) diary for September 7th Fripp begins “dear brother crims, we have one year to prepare for action of the savage variety, and be in Go! mode for september 2014… but essentially, King Crimson is in motion.”

Robert expects that they’ll be rehearsing, in full and small group formations over that period.